Everyone Can Be a Changemaker: The Ashoka Effect 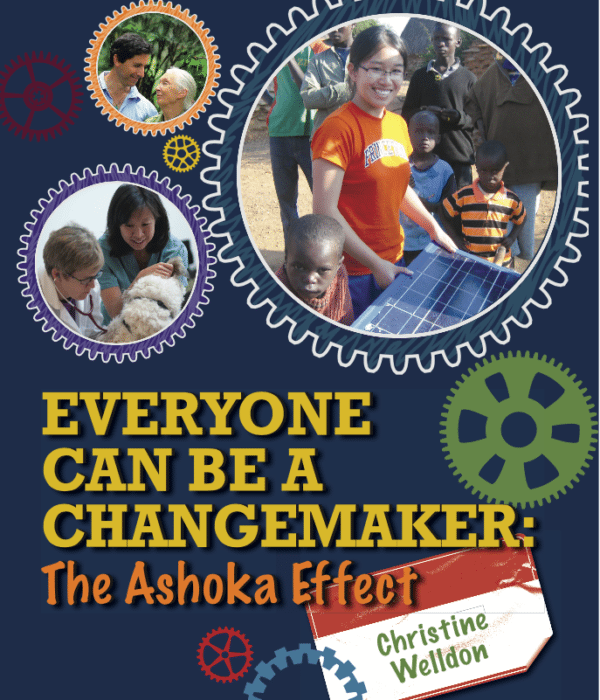 In Everyone Can Be a Changemaker, veteran author Christine Welldon has written 16 profiles of people from around the world (a number are Canadian) who took a spark of an idea intended to help others and executed it.

Each profile tells the story of the changemaker, including challenges they faced and ways they overcame them, and advice for people who want to follow in their footsteps. All of the subjects were helped at one point by Ashoka, a non-profit organization that provides financial support and guidance to social entrepreneurs.

In part designed to showcase the work Ashoka does, the book not surprisingly highlights how the Virginia-based organization helped make these projects successful. In other words, at times the collection feels like marketing material.

Thankfully, Welldon – a former educator who has previously written about Nova Scotia’s Africville and the Titanic – has a style that is both engaging and thoughtful, and she avoids the trap of characterizing these changemakers as heroes coming in to save the day. For example, she begins chapter six by delving into the creative way one of the people helped by a changemaker chose to combat poverty where he lives.

Though some of the projects, from creating accessible playgrounds to designing a supplement for those with nutritional deficiencies, may seem out of reach to young people, the book also offers more immediate and doable projects – volunteering or finding a pen pal from another part of the world to learn about life outside of one’s community. –Alex Mlynek