Field Notes from a Pandemic: A Journey through a World Suspended 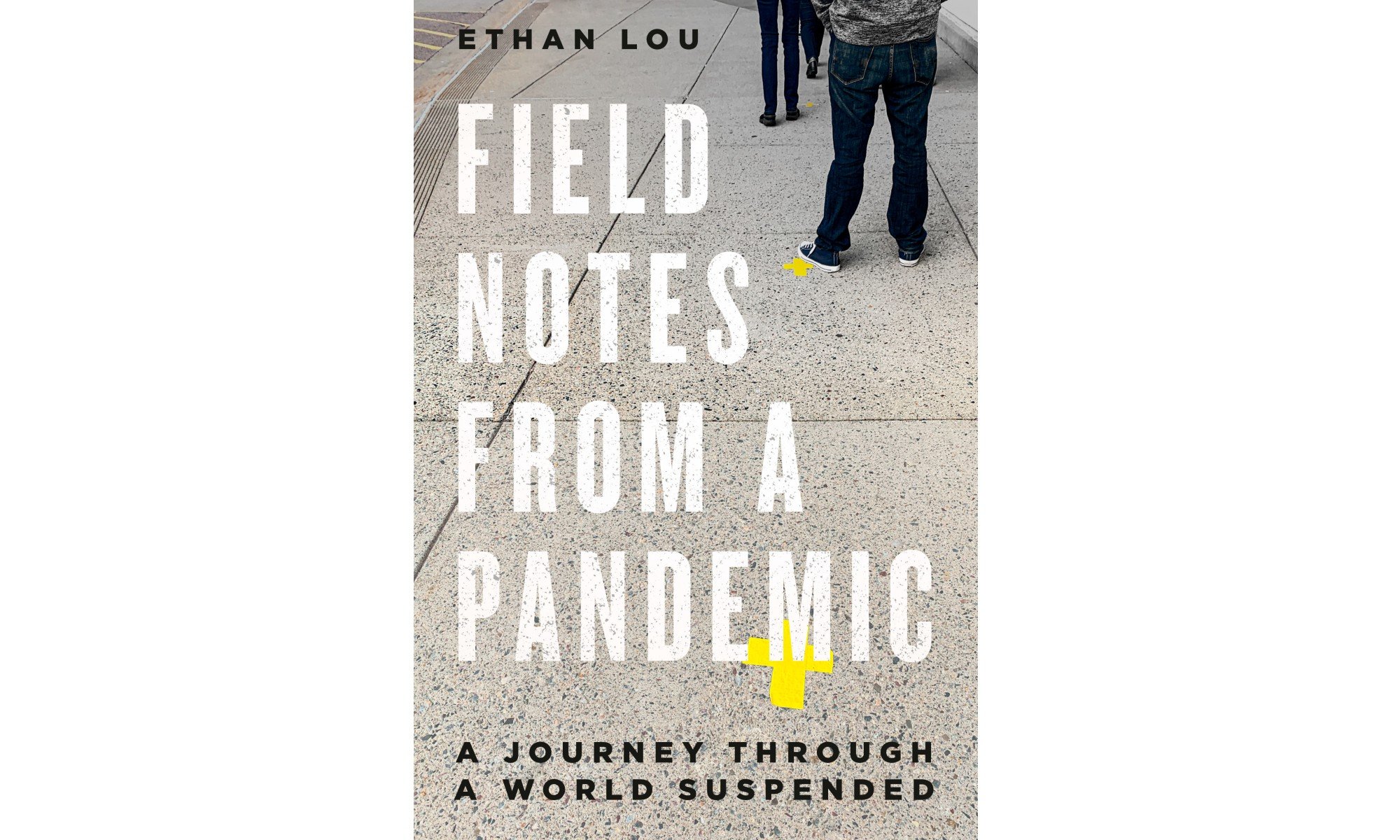 The COVID-19 pandemic has upended everything we know. Isolation, fear, and confusion reign; for many, the world no longer makes any sense. Journalist Ethan Lou’s non-fiction debut serves as one possible map for this fog of plague. A unique blend of personal anecdotes and sharp ideas, Field Notes from a Pandemic appears to be the first Canadian book on the COVID-19 crisis, spawned from an essay in Maclean’s about Lou’s travels through a China in lockdown.

Structured as a travelogue, the book begins with Lou landing in China in January 2020, where the city of Wuhan – then the epicentre of the burgeoning pandemic – had been sealed off while he was in the air.

Lou is a quintessential multilingual world citizen for whom travel is as routine as saying hello; this background and facility serves the author well in his narrative. Lou’s journey had been planned since mid-2019: he was travelling initially to Singapore to see his grandfather, whose health had deteriorated so much the author had been told to “prepare a dark suit.” From there, he flew to Germany. All that flying may seem anachronistic now: a powerful memory of what life was like in the so-called before-times. When he arrived in Germany, the country was still holding soccer matches with tens of thousands of fans, and the French president and his wife attended the theatre. “Amid the bustle of everyday life, few heard the low hum of the looming menace.”

For a book written in the middle of such a turbulent and fast-changing situation, Field Notes from a Pandemic is surprisingly prescient. Lou accurately predicts the way in which the pandemic will fuel the growth of both left-wing big governments and authoritarian creep, even predicting the situation in Hong Kong following the introduction of China’s new national security law. The prognosis is painfully dark: decimated supply chains and disruption of the world order and global village.

That darkness is offset by Lou’s use of history and pop culture to make his points; he quotes Family Guy as readily as Marcus Aurelius. The cultural asides and allusions are augmented by delicate observations and relatable storytelling. Lou’s interactions with his family and friends as the pandemic takes hold are particularly tender, providing a tonic from the relatively placid beginning of the year for the plague-weary soul near the end of it.

Overall, Lou’s book represents one clear statement about who we are in the face of crisis and where we’re going. There is a slight gonzo journalism aspect to the book, but the tone skews more toward Bill Bryson–esque hapless escapades. It’s a pity Field Notes from a Pandemic is only 240 pages: Lou’s accessible writing about a heavy topic, combined with his fascinating mind and understated humour, leaves the reader wanting more.