★Fighting for a Hand to Hold: Confronting Medical Colonialism against Indigenous Children in Canada 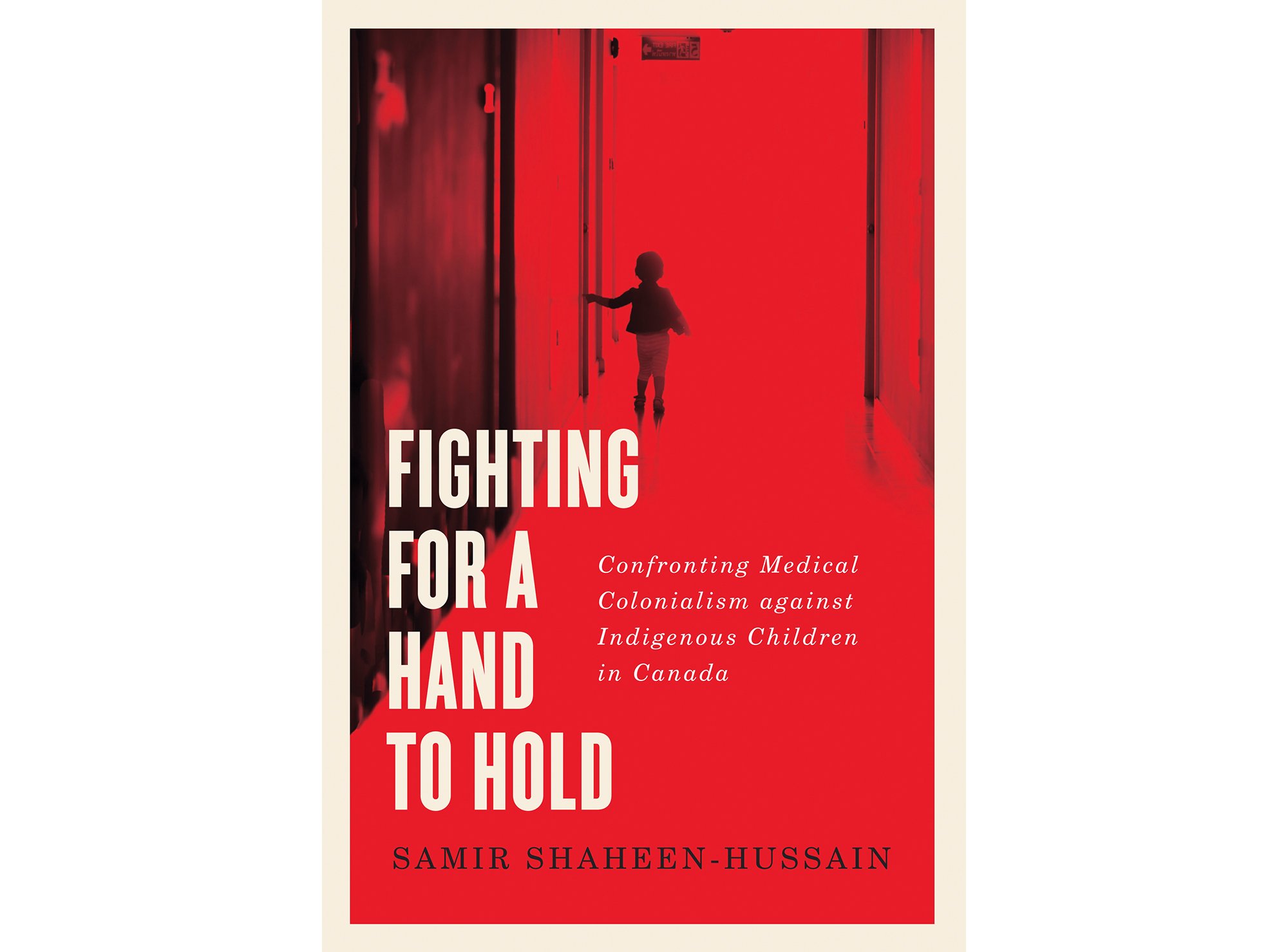 Samir Shaheen-Hussain’s Fighting for a Hand to Hold explores how a policy in Quebec disallowing Indigenous parents to accompany their sick children on medevac flights resulted in significant, actively constructed barriers to care. These barriers exposed how colonialism in Canadian medicine functions to continue its violent legacy. While these policies became “news-worthy,” local change occurred because of a grassroots campaign, #aHand2Hold. This “campaign countered the narrative, prevalent both in Quebec and Canada, that colonialism is a relic of the past.” Highlighting the insidious nature of colonialism, Shaheen-Hussain argues that specific changes in the province are minor, and that looking at this case is only useful in how it opens up the “medical establishment’s genocidal role in colonization.”

A practising children’s emergency room doctor in Montreal and assistant professor at McGill University, Shaheen-Hussain opens his book with a land acknowledgement and authorial positioning, two moves that are often called for when writing about Indigenous issues, especially by non-Indigenous professionals. One of the most useful rhetorical approaches in Fighting for a Hand to Hold is how Shaheen-Hussain, in his role as a settler doctor, reveals why his thinking changed and how the veil of colonialism was cracked. Using a first-person account, Shaheen-Hussain shares how, in 2017, his eyes were opened to “the normalization of the practice” of separating children from their parents and the fact that “inflicting emotional and psychological trauma should never be normal.” This fight against unquestioned harmful colonial practices, specifically in the medical field, is the intervention Fighting for a Hand to Hold posits.

Using a social-justice approach, Shaheen-Hussain clearly illustrates how the government’s non-accompaniment policy, though applied to every child, affected Indigenous children differently. Colonialism has always separated Indigenous children from their communities, most especially by way of residential schools and the contemporary child welfare system. The effects of trauma are generational. By discussing equality and equity, Fighting for a Hand to Hold frames its approach and reveals the ways structural racism works in health care, including in medical training.

The book’s third part chronicles a wider history of medical colonialism, from smallpox and tuberculosis in residential schools to forced sterilization to contemporary child welfare interventions. While these histories are well known to those who have experienced Canada’s medical and social colonialism, they will serve a reader who needs a primer on the wide and varied ways Indigenous Peoples have been harmed by Canadian medical professionals following colonial policy.

The following section implicates capitalism in the ongoing ills Indigenous Peoples face: “The reality is colonial governments have little interest in ending injustices they’ve created and maintained because they profit from them so significantly.” Shaheen-Hussain powerfully states, “The more ambitious goal of breaking away from colonialism demands more than money and political will; it requires a complete reformation of Indigenous-settler relations.”

While Fighting for a Hand to Hold should find a wide readership among those who are educating themselves as they attempt to engage in reconciliation, Shaheen-Hussain offers a must-read text for non-Indigenous medical professionals: doctors and nurses, but also EMTs, social workers, hospital administrators, and, of course, policy makers.