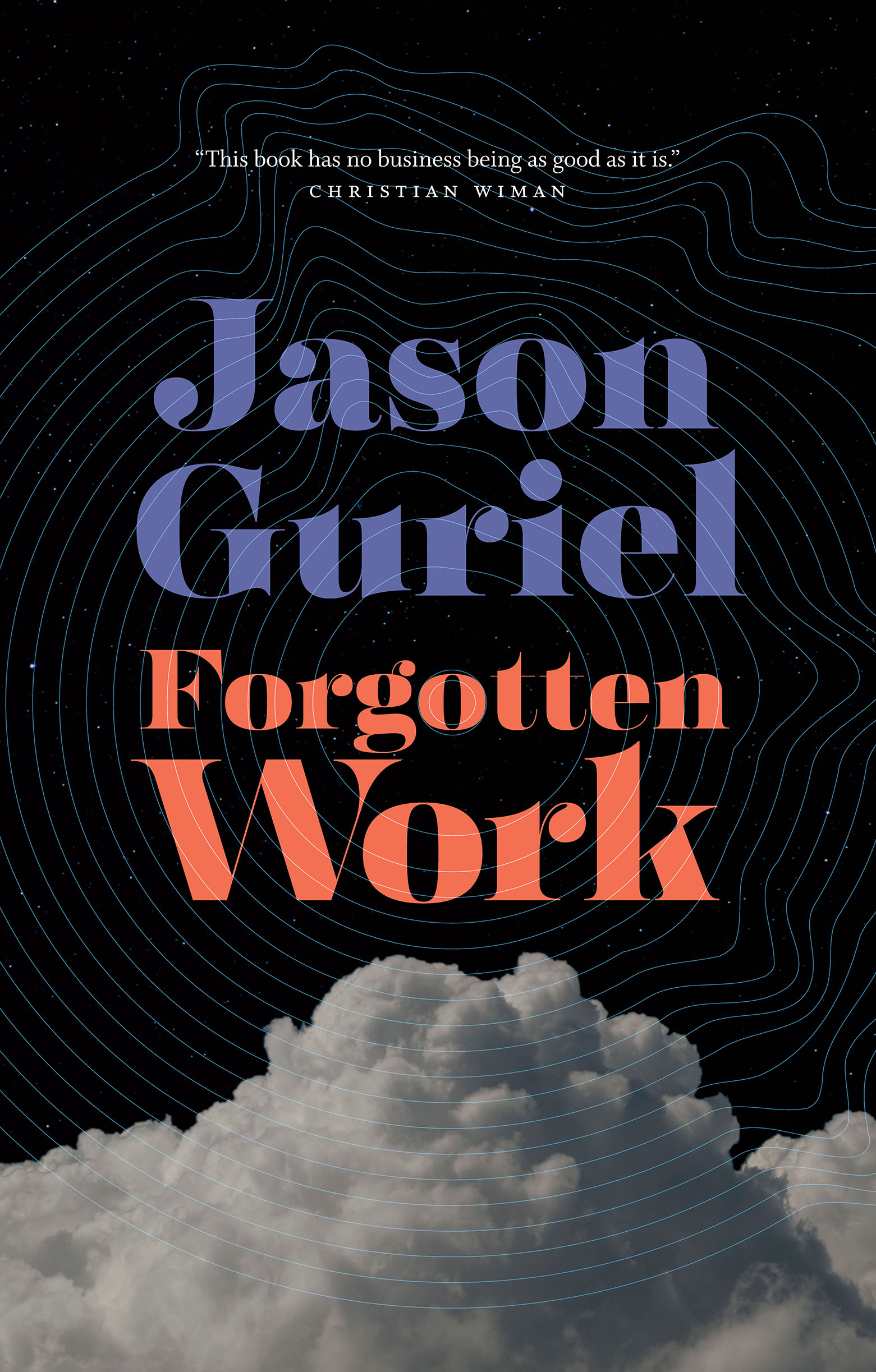 Trolling Twitter, I find a quote from poet Kay Ryan on Jason Guriel’s feed: “When I started writing nobody rhymed – it was in utter disrepute. Yet rhyme was a siren to me.” Forgotten Work, Guriel’s new novel in verse, succumbs to this siren call with its heroic couplets acting as the engine for a futuristic tale of post-apocalyptic Montreal and the characters who dwell there – their new technologies and fan-boy pedantic obsessions with obscure details and music. The novel is a whirlwind of characters, mysteries, and happenings capable of blurring cohesiveness into a set of succulent fragments, each laden with suspense and development. This is no novel for fans of 20th-century CanLit’s plodding linear plots of settling the land and alcoholism. This one is for the boundary pushers and bohos, jazz snobs with their fanatical attention to minutiae that allows them to feel superior to those who do not know about what Bukowski calls “the thing!”

In this case “the thing” revolves around the Holy Grail of the obscure: a rare work known as “The Dead” and an obsession with the Véhicule Press reprint of Peter Van Toorn’s 1984 poetry collection Mountain Tea. In the latter regard, Forgotten Work reads at times like the longest advertisement for “Read my friend’s book published at my friend’s press” ever written. And this is coming from someone situated as an ideal reader: one familiar with the Mountain Tea, Véhicule Press, and the named authors who Guriel places at the pinnacle of all Canadian writing. Wit saves the day, however: inside jokes on CanLit and the writer’s life provide a much-needed buoyancy.

The sheer number of characters Guriel has packed into his book require a spreadsheet to prevent confusion and many chapters exist as terminating fragments. Hubert is a Prufrock; Cat is an indie-hipster; Patti is a version of an achiever. At times, the verse is like wading through molasses on a cold day. And the miniscule, obsessive world of indie fandom the novel dramatizes seems totally self-indulgent. That being said, Guriel’s world-building is astonishingly clear, from the network technology of bots to cultural zlogs (named after Zuck, Guriel’s version of the internet) to the landscape of Montreal as a crater with favela-like buroughs and depths where one loses cellphone service, making the material world all the more important. Any geek fan of anything will recognise themselves and be entertained.

Guriel depicts his world as a wide and wonderful imaginative landscape, capable of much, and shows perhaps far more patience with creation than any author this side of Christian Bök. In an ironic and meta turn of the screw, Forgotten Work has the potential to become the object of the very kind of micro-fan obsession it explores.