Getting a Life: The Social Worlds of Geek Culture 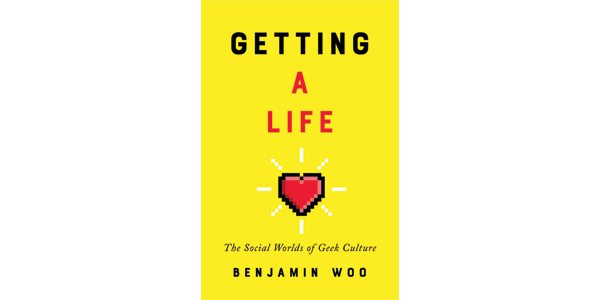 Can someone geek out over geekery itself? Benjamin Woo, an assistant professor of communication and media studies at Carleton University, provides a strong case for it in Getting a Life: The Social Worlds of Geek Culture. Woo’s book is an entertaining and informative – if esoteric – romp through contemporary social philosophy and media theory that, for all its academic rigour, never lifts its gaze from its central focus: the geek.

Woo coherently and convincingly posits the geek in contemporary society as someone who is heavily invested in the material culture of certain media yet builds a community of ideas and aesthetics out of this investment. Dualities abound: Woo’s methodology is a combination of extensive “fieldwork” and a mishmash of theory ranging from Catholic philosopher Alasdair MacIntyre to Pierre Bourdieu to internet forum posts about geek culture. The fieldwork consists of interviews with those who occupy geek spaces – the shop owners, cosplayers, and role-playing gamers who people comic conventions, bookstores, and tabletops around the world. Woo creates a profile of the geek as a social type, moving a step beyond previous lay theories that considered geek space as nothing more than a refuge from the mainstream.

The interview subjects Woo focuses on collectively demarcate geek space. They range from a married couple who bond over their geeky interests to a surly middle-aged hobby shop owner who spends half his time cracking jokes that were old decades ago. Profiles of each interviewee are included in an appendix, providing further context to Woo’s methodology.

Woo’s smart prose and the notion of the geek as a subcultural type make for a book that is both lighthearted and readable, yet valuable as a piece of media theory in its own right. A few hiccups of repetition and some jargony language are balanced by a particularly searing investigation into the darker misogynist corners of geek culture, and these passages shine because the author uses autobiography to range  beyond abstracted social theory, bringing to the table his own experiences and perspective growing up geeky. Ultimately, that’s what we’re left with: a new perspective on the age-old question of where – and how – geeks fit in.