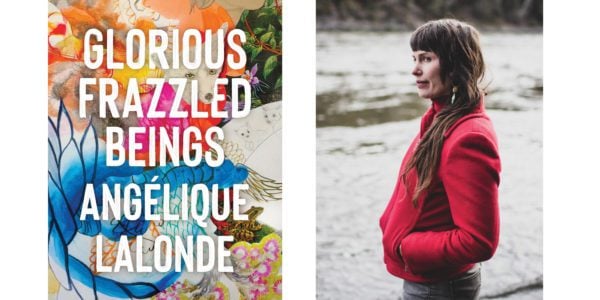 The last word in Householders, the affecting new collection of stories from Toronto writer Kate Cayley, is “home” – appropriate for a book that so assiduously interrogates notions of identity and belonging. In it, characters search for a space – be it physical or emotional – to provide some measure of succour or refuge.

The theme is apparent most outrageously in “A Beautiful Bare Room,” which unfolds inside a bunker following an infectious outbreak that begins as a skin rash and transforms sufferers into “walkers.” The chime with the name of the zombies on The Walking Dead alludes to a genre affinity, though the nature of the disease is never precisely spelled out.

Cayley is much more interested in a subtle investigation of class disparity as seen through Liza, the 22-year-old barista rescued from the plague by a customer, Neal. Once ensconced in the bunker with privileged survivalists, it becomes clear that Liza has not been included for altruistic motives but to serve as a kind of vessel for her wealthy hosts. As above, so too below.

Throughout the story, Cayley’s language is precise and evocative. Liza’s missing partner, Erin, has a “horsey laugh and scabs on her arms”; she holds onto her “lapsed fundamentalism” with “an almost perverse cheerfulness, an insistence that everything would be fine, even if Jesus wasn’t coming.” Neal is “so fortunate he could afford to be careless,” and the other denizens of the bunker “did not indulge in irony,” which comes across in context as “a jettisoned extravagance … useless as joy.”

Each of the collection’s stories – from “Pilgrims,” about a woman who impersonates a nun online to find sympathy for her difficult domestic situation, to the stunning opener, “The Crooked Man,” which, under the title “The Bride and the Street Party,” was included in The O. Henry Prize Stories 2017 – contains writing that impresses with its barbed acidity as much as its clear-eyed observation. “Martha wasn’t going to cry,” Cayley writes early on, “even if crying was the way women threw punches.” In “Travellers,” a character compares listening to alt-right provocateur Milo Yiannopoulos with watching “a performance art project and you can’t tell what’s satire and what’s serious because the distinction might not matter.”

The lambent prose frequently belies the emotional heft of the stories, which creep up on a reader. “Piss and Straw,” the final piece, follows a woman returning her mother, now suffering dementia, to the commune where the daughter was born. The final scenes in the story are piercingly sad, especially given the immediacy of the COVID-19 backdrop and the earlier entries involving mother and daughter. Like the protagonist in “Pilgrims,” who adopts the online persona of Sister Bernadette, the mother has attempted to fashion for herself a different identity that she hopes might be more authentic or worthy of other people’s attention. Her ultimate fate is as heartbreaking as it is real.

Freda, a character in “Mom’s Online Dating Profile” – from Victoria writer Angélique Lalonde’s debut collection, Glorious Frazzled Beings – also adopts someone else’s online identity, in a strategy that spills over into the real world with awkward consequences. The story is one of the stronger entries in an overly generous collection – running to 300 pages, the book inevitably includes some filler – that is heterodox in its approach, from microfictions such as “Erosion,” “At the Dentist,” and “The Leopard in the Bathroom” (another standout) to “The Teeny Ghost People and Their Garments,” which, at 50 pages, is knocking on the door of the novella.

These stories also concern themselves with notions of home and displacement, especially those that employ Indigenous storytelling techniques and focus on contemporary society’s lack of consideration for the connections between the human, animal, and spirit worlds. These themes are especially profound in stories like “Her Unspoken Name,” “Ropes of Entropy,” and “The Teeny Ghost People.”

Lalonde’s writing is passionate and heated, often to a fault. Carelessness with matters such as dangling modifiers are arguably not egregious except to grammatical pedants; less so overwriting suffused with the language of academia and therapy that proliferates the collection. “We writhe in our inability to make meaning as the lady with the big head voyages along the dendritic trails of her manifold histories,” for example, or “Carmen allowed for her fascial webs to transduce.”

Glorious Frazzled Beings ranges in style from realism to the fantastical, with pieces that are dramatically rendered and others that read more like summary and are replete with vague language. In its wide variety of approaches, the book resembles the mismatched carpets the eponymous protagonist in “Pooka” collects.

That story, which won the 2019 Writers’ Trust McClelland & Stewart Journey Prize, anticipates possible critique, castigating “a gated community of taste” that “used aesthetic condemnation to keep the riff-raff out.” This argument will no doubt find sympathy with a wide swath of readers; even aesthetes in their gated communities are liable to discover moments to appreciate in this substantial, though uneven, collection.