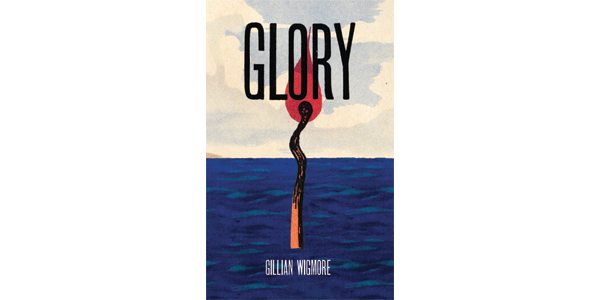 “Canadian literature is undeniably sombre and negative,” writes Margaret Atwood in Survival, her 1972 volume of criticism. “But in that literature there are elements which, although they are rooted in this negativity, transcend it.” As examples, Atwood proposes “the halting but authentic breakthroughs made by characters who are almost hopelessly trapped, the moments of affirmation that neither deny the negative ground nor succumb to it.” These formulae are resonant with the narrative arc that runs throughout B.C. poet Gillian Wigmore’s full-length fiction debut.

The book’s protagonist, Renee Chance, becomes pregnant while still a university student, because she was by her own admission “careless.” Though she absolves the child’s father, Danny, of responsibility in this regard, Renee is less forgiving when he convinces her to leave Vancouver and decamp to his late grandfather’s cabin in the northern outpost of Fort St. James, a remote locale one historian late in the novel refers to as “the Siberia of the fur trade.” Danny has secured mill work in town, and has expectations of building an off-the-grid life with Renee and their newborn son, Thomas.

The isolation and loneliness Renee experiences in Fort St. James – combined with the depredations of the northern B.C. winter and an unbearable case of mastitis (an inflammation of the breast tissue that affects nursing mothers) – inspire in Renee a longing to escape the confines of an existence that has become stifling. She will be aided in this endeavour by Glory Stuart, a foul-mouthed free spirit who, along with her cousin, Crystal, plays folk music at the local bar, where they have become minor celebrities.

Invoking Atwood to describe Wigmore’s story seems appropriate; few other novels in recent memory appear so reverent regarding the traditional tropes and subjects of what has come to be known – derisively, in many circles – as CanLit. This is a heritage Wigmore seems more than willing to embrace given the book’s twin epigraphs, which are culled from a pair of canonical Canadian novels: Howard O’Hagan’s Tay John and Sheila Watson’s The Double Hook. As if that weren’t sufficient, in the opening pages of Glory, Wigmore stipulates that while Danny’s grandfather maintained shelves of Louis L’Amour novels, Renee has “short towers of New Canadian Library” titles arranged on the cabin floor.

Wigmore’s embrace of CanLit conventions extends to her treatment of the land, which appears in the novel as harsh and inimical. “All through the winter, the ice makes its dissatisfaction known,” Wigmore writes. “It groans and cries, grinds itself into itself. It shifts and cracks, unreliable and ruthless.” Nowhere is the threatening aspect of the natural environment more evident than in the descriptions of the lake on which Danny’s family cabin sits. One character describes the body of water as a “man-eater,” while another puts the idea in more lyrical terms: “Off the point, the rock breaks off and drops who knows how far into darkness. From above, the water changes from green to black, the limestone promise breaks, and underneath? Who knows what lies underneath.” What lies underneath, we recognize, is death: there is a plaque in the bar memorializing one of the townsfolk who drowned in the lake, and the climax of the novel involves a frantic search for Glory’s brothers who have disappeared in a fishing boat during a storm.

All of this could seem trite or banal, but Wigmore manages to inject shopworn tropes with a vibrant urgency, in large part thanks to her chosen narrative mode. The author employs a polyphonic technique, alternating between the voices of central characters – Renee, Crystal, Danny – and a chorus of Fort St. James denizens who provide background and context. The one character who is not given a section of her own is Glory, but this too proves to be a canny authorial decision: the precipitating factor for much of the action in the book is refracted through the eyes and the perceptions of the people who fall under her sway. Like the sun, Glory cannot be stared at directly.

This approach also highlights the doubling motif between Renee and Glory. Both women are mothers who abandon their children. Both have artistic impulses, the former as a writer, the latter a musician. Both are independent souls who bristle against the strictures of a society that tries to force them into artificially proscribed roles. And both struggle mightily against the conflicting impulses of freedom and loyalty.

It is only in the novel’s final section, when the incipient violence in the town is actualized, that the narrative loses its footing. Too much incident is crammed into a relatively short space, and the finale tries too hard to have it both ways when it comes to Glory’s ultimate fate. The didactic messages embedded in the final pages (“Love is something you make each day”; “There are ways we make the world more manageable, so we can carry its weight”) feel anodyne and unsatisfying, especially as the capstones to a story that has worked so hard to avoid sentimentality or default to easy emotion. They echo Atwood’s “moments of affirmation,” but they render the novel’s concluding passages too explicit. This is especially true when Renee ruminates about Glory, “I needed someone to hold up a mirror, to show me my own face.”

Despite this, Wigmore has accomplished something energizing in this novel: she has imbued enduring CanLit themes and points of reference with new life, within the context of a story that mines the psyches of modern women and places them against a rugged, storm-tossed backdrop. Wigmore’s novel resembles Crystal’s metaphor for her strong-willed cousin: “Bees look soft to touch but they sting like sons of bitches.”