Hammer and Nail: Notes of a Journeywoman 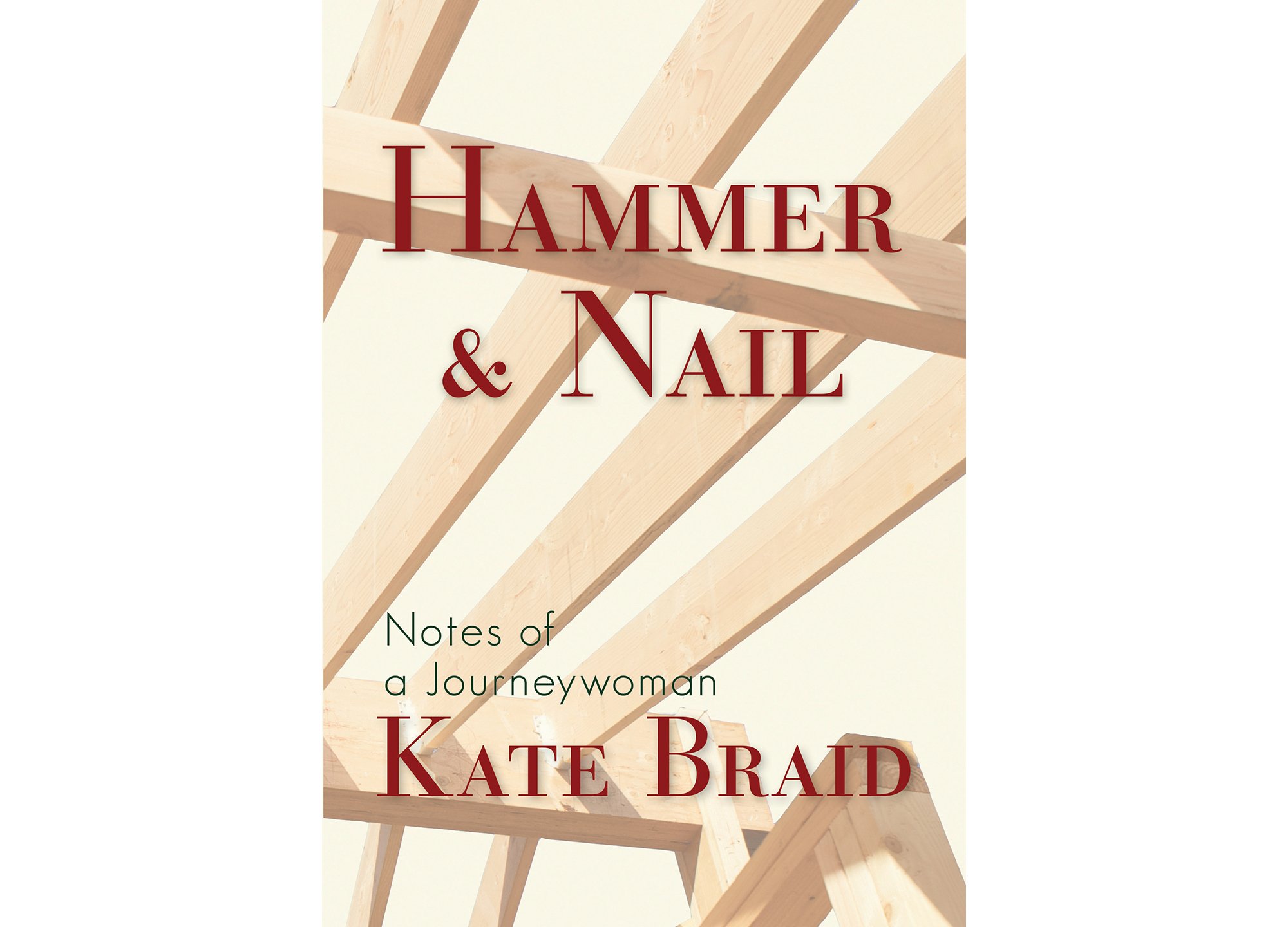 Years back, I remember listening to Kate Braid read poems from Turning Left to the Ladies and being awed by the way she lyrically broke open the male-dominated world of construction – a field in which she worked as one of the only women beginning in 1977. Now, with her memoir Hammer and Nail, Braid is back to further peel away the layers, framing her years of working as a journeywoman through the more current lenses of the pandemic, #MeToo, and the struggle for diversity in the workplace.

Hammer and Nail reads like sports reporter Alison Gordon’s baseball memoir Foul Ball! in its often humorous and always pointed examination of a traditionally male sphere resistant to female intrusion. In essayistic chapters, Braid offers insider information about things we’d never know as laypeople. We learn about comeback workshops – at a conference for women in the trades, attendees practise one-liners in order to gain the comfort needed to use them on a job site. We learn about pin-ups, magazine porn hung up in lunch shacks, and how one female worker confronts that particular problem by tacking up her own male versions. We learn about tool belts, the sound of a saw, the feeling of wet wood under a hammer.

And we learn about the men. Braid writes with generosity: she affords her reticent co-workers kindness as she tries to see through their eyes. She also gives credit where it’s due to those who offered generosity to her, who made space for her in a sometimes very hostile environment.

Braid acknowledges that she’s writing from one perspective and one moment in time. It’s important to remember that what applied to her might not apply to all women in the trades. What worked for her – a uniform of baggy clothing, a knack for a well-placed swear word or cutting comeback, a pink plaid shirt, a Makita saw – might not be the formula for someone else. The chapter “How to Make It Work,” in other words, won’t work for everyone.

Hammer and Nail is most gripping when Braid talks about the physical beauty of construction work and the changes she sees in her body. When she delves into the choreography of building – “Ah, this minuet in work boots through air that smelled like forest. We were stamping new patterns into the sawdust, dancing on both sides of the line … men and women, together” – we can feel the power in our own bodies, the satisfaction that comes from a job well done. “I loved to feel my body, strong,” she writes. How often have women been told to stay fragile, to stay still, to stand back? Not here. Instead, Braid revels in her muscles swelling and rippling, being able to extend scaffolding on her own, being brave when it’s most difficult.

There is no fairy-tale ending here. There’s still a long way to go for gender equity on construction sites; the number of women in skilled blue-collar work in Canada and the U.S. has barely budged in the past few decades. But as Braid says, “It was magic, what we did.” And we feel that magic when we read.