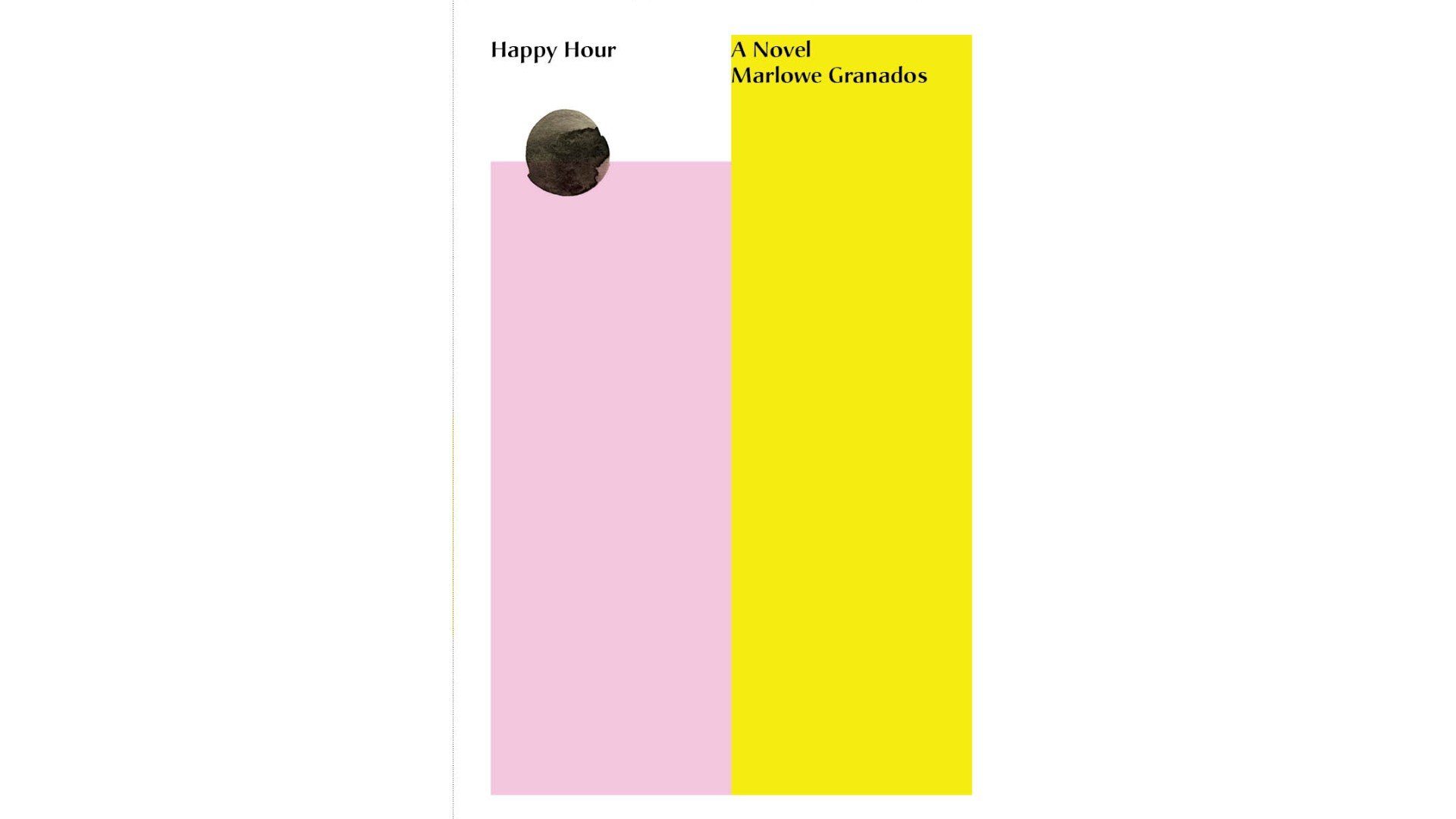 Isa Epley wants to learn as much as she can about the world. Sophisticated, adventurous, and somewhat weary, she sees things with a perspective fresher than most. Her meticulously kept diary is littered with thoughtful insights into the countless people she meets: “people who are tired of themselves are inexhaustibly curious” or “people use awkwardness as an excuse to be rude.” According to Isa, a typical New York conversation “would be two people waiting for their turn to talk.”

Isa’s effervescent stream of observations make up the contents of Happy Hour, the debut novel from writer and filmmaker Marlowe Granados. The book is also the first offering from newly established Flying Books, a micropublisher and partnership between industry veteran Martha Sharpe and former Coach House Books editor Emily Keeler.

Taking place over one sweltering lost summer in New York, Happy Hour’s delightfully meandering May to September journey is recounted by Isa at the “unserious age” of 21. Far from wide-eyed and naive, Isa arrives in New York with her best friend, Gala Novak, each without real plans but carrying suitcases full of glamorous outfits. While they lack conventional ambition, they are determined to enjoy themselves to the fullest: on day one the pair quite literally walk into a party. Piecing together a meagre income via random gigs like selling dresses, art modelling, and nightclub hostessing, Isa and Gala experience “legal ambiguity,” a suboptimal sublet, and a lack of vegetables in their diet while they pursue the next great experience.

This kind of set-up could easily devolve into a ham-fisted cautionary tale; Happy Hour thankfully refuses lazy cliché. Instead we are simply allowed to revel in the wonderfully directionless ride of Isa and Gala’s good and occasionally bad times, soaking up the book’s carefree tone with each invitation accepted and cocktail consumed. Exceptionally skilled at the good life, they happily hop from party to party and moment to moment, meeting a revolving door of big-city characters and judging them accordingly. Everyone seems to aggressively assert what they do, while our plucky – if somewhat jaded – heroines are proud to announce that they are “doing absolutely nothing.” (Or, as Isa astutely observes, “It’s funny how in a place where everything is an experience, people see such little value in just living.”)

With so many conversations and so many characters flitting in and out, it can be hard to discern who or what actually matters – which of course is the point. A run-in with a group of writers, editors, and critics is one particularly hilarious diversion, serving more as a scathing takedown of dominant literary culture than a simple random night at a dingy bar. (“I wonder how it would be to simply exist and feel my voice was necessary and vital without doing much work at all.”)

On the surface, Happy Hour is a deliciously fun fever dream conjured in one of the world’s greatest cities. But it’s also a witty critique of our pervasive cult of ambition. In a world where work so often defines and destroys us, Isa and Gala are admirable – if impossible – heroines. They value genuine experience over traditional striving, and are comfortable living with uncertainty and discomfort if it means they’re free to go where the next invitation takes them. They are at the centre of the party yet always somehow just outside it, observing and assessing accordingly. It might be easy to dislike them if we weren’t so charmed by their approach.

In a December 2019 interview with Q&Q, Keeler called Happy Hour “one of the most refreshing books about being a young woman I have ever read.” It’s hard to argue: Isa is a protagonist of our time, simultaneously unimpressed with prestige and mesmerized by beauty, devoted to a life of pleasure-seeking in a way that is dismissive of the status quo and somehow never shallow.

You could label Happy Hour escapism, and no one would be faulted for reading this wonderful debut as frothy entertainment. But there is so much more here than empty exploits and lavish decadence. There is a hint of darkness that lingers in the corners, a soft whisper that this kind of pleasure is not sustainable, so one should find every opportunity and enjoy it while it lasts. “When we were younger, everything for the first time always felt the best, or at least the most,” our young narrator muses. “Sometimes getting older feels like striking the same chord and it sounding different.”

Under Happy Hour’s glittering surface runs a witty tone of necessary critique, a fun hint of mockery, and the vital celebration of everyday joy. It is a book that wisely lives in the moment and encourages us to do the same.