Highrise: The Towers in the World & the World in the Towers 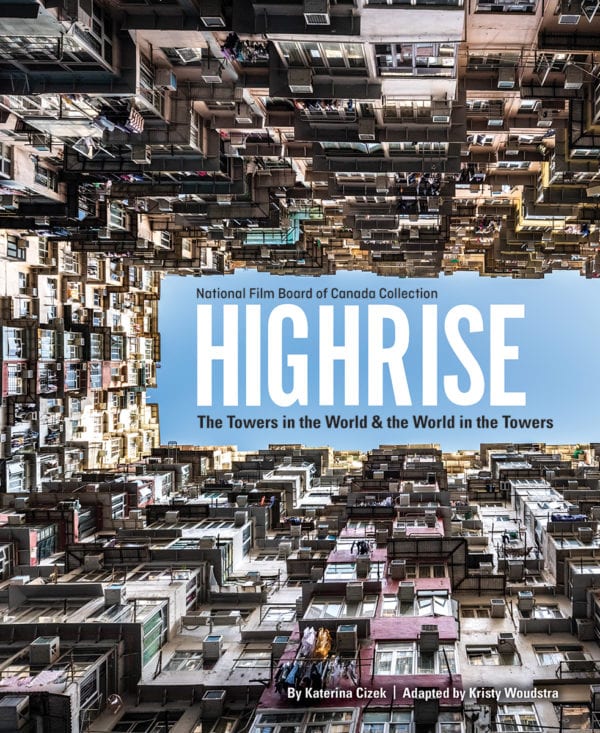 Highrise is an exceptional guided tour of sky-reaching residential structures around the globe, adapted from the National Film Board of Canada’s cutting-edge web documentary of the same name. As a way to introduce the project, Emmy Award–winning director Katerina Cizek explains, “This story is less about buildings than it is about people, the places we call home, and how we decide who will live where.”

The opening chapters provide a solid foundation on the history of vertical neighbourhood development, from ancient Roman “insulae,” built out of bricks, wood, and concrete (where the wealthiest residents claimed the more convenient, and safer, lower floors), to present day, privately owned glass-tower condominiums. The struggle for equitable access and the effects of design on the people living inside are thoroughly examined: “For centuries, societies have used the highrise either to house the poor, or to protect the rich, and sometimes to reduce the gaps between the two.”

The rise of mass public housing in the optimistic post–Second World War building boom, and the factors that led tower blocks to fall out of favour (and sometimes be demolished in the name of urban renewal) are also charted. Within these concrete, brick, and glass walls are a multitude of voices not often heard in the urban-planning process. The second half of the book is a window into the lives and struggles of tenants in 10 different cities throughout the world.

The theme of strong, community-based activism unites many of these personal stories. In Mumbai, Nandini organizes a campaign to hold off corrupt authorities from evicting residents and razing her highrise. In São Paulo, Ivaneti leads a housing advocacy group that occupies abandoned buildings, and John in Johannesburg volunteers with the eKhaya Neighbourhood Project to reclaim his building complex from gangs and to revitalize his community.

The innovative interactive storytelling that distinguishes the online documentary translates well to print: a historical timeline runs across the top of the pages in the pattern of a city skyline; annotated, archival photographs – such as the image of a Missouri tenant using her gas stove for heat after the electricity was cut off in her housing unit – bring immediacy to the text; and sidebars elaborate on architectural visionaries and their sometimes controversial legacies.

The book’s inviting, carefully constructed design opens the door to an in-depth study of urban geography and “the humanity amid the concrete.”