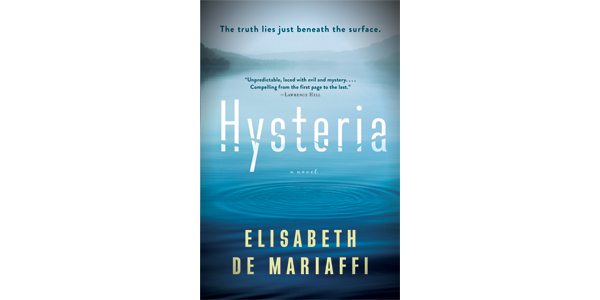 When approaching Elisabeth de Mariaffi’s taut and propulsive psychological thriller, it’s helpful to look at the controversial history of hysteria as a medical diagnosis, which has been used to degrade and control women for millennia. The word derives from the Greek root hystera, meaning “uterus”; historically, physicians attributed any erratic female behaviour to spontaneous movements of the womb. Sigmund Freud, whose theories dominated psychiatry for most of the 20th century, believed that the uncontrolled behaviour of the hysteric was as an outlet for thwarted sexual impulses. Today, hysteria is no longer an accepted medical diagnosis, but the label persists as a way to demean and dismiss women who express outbursts of emotion.

This is the case for Heike Lerner, the protagonist of de Mariaffi’s terrifying sophomore novel. Heike is a fragile and tender-hearted woman, originally from Dresden, who in the years following the Second World War suffers what today would be understood as post-traumatic stress disorder. Remembering the violence and losses that she and her family experienced during and after the war, Heike muses, “The blood remembers: what’s lost to the mind is not lost to the body.”

The reader gets a harrowing glimpse of Heike’s wartime suffering in the novel’s powerful opening scene. It is 1945, and the teenage Heike has fallen in the woods. She has lost her little sister, and a vicious dog has its sights set on her. Seeking shelter in a barn’s hayloft, Heike witnesses the rape and murder of an innocent girl.

As a young woman, Heike marries Eric Lerner, an American psychiatrist whom she met overseas – or this is what she remembers – and who had briefly been her doctor. They are living in upstate New York for the summer, where Eric is teaching at Cornell and working at a psychiatric hospital. Heike is at home, consumed with the care of their little boy, Daniel.

Eric’s behaviour toward Heike forms the chilling core of de Mariaffi’s horror story, which is set – fittingly – during the 1950s. The doctor views his wife alternately as a patient and a child. Heike is Eric’s guinea pig for research that focuses on developing a medication for anxiety – an early kind of tranquilizer – as well as experiments with other psychotropic drugs. Eric stealthily gaslights Heike; when she begins to suspect she is losing her mind, he medicates her: “You’re raving, Heike. Let me give you something.”

Eric has a sinister habit of preparing “tonics” that put Heike to sleep at perilous moments or make her question her own perceptions. The reader is placed inside Heike’s mind as the boundaries blur between inside and outside, reality and fantasy, sanity and madness. The narrative forces readers to question their own judgments, and to experience the same disorientation and fear that befalls de Mariaffi’s protagonist.

At times, Heike wishes she could live alone with Daniel: “The truth was that being with Eric often felt like work. … [C]ould she catch that thing before it happened, could she keep the day on an even plane? Prevent him from going sour, or sulky, make everything just right, perfect. Above all, keep the day from seething within him, ward off an evening argument early. Block the blow-up.” It is a tall order. On one of her rambles in the woods, Heike discovers a hidden cabin set back in the trees and a mysterious little girl who appears at the pond and then vanishes. The sense that things are out of joint reaches a climax when Daniel disappears while Heike and Eric are out for the evening. Heike is frantic to find her son, while Eric remains icily calm and increasingly domineering.

De Mariaffi nails her characters’ physicality and natures with deft, distilled strokes. Eric, with close-cut dark hair and high cheekbones, is dashing but for “some problem around the eyes, something Heike could identify but not name. Disloyal to think it.” The mid-1950s setting is appropriate here; when Heike’s sister-in-law expresses a desire to write for an upstate newspaper, her husband punctures that plan tout de suite: “You’ve already got two deadlines: Drop me off at the station … and pick me up. … There’s women who’d kill for that kind of leisure!”

The story moves at a breakneck pace, the sense of place is both lush and forbidding, and the characters, for the most part, are layered and complex. That said, Eric’s controlling cruelty is a bit one-note, and thus somewhat predictable, though the turns of the plot deploy little shocks leading up to the stunner of an ending. After finishing this tale, one is cast back to the beginning to consider what really happened, seeing the entire narrative in a new light.

Hysteria not only provides the thrills of a suspenseful, disturbing read. On a deeper level, the novel highlights the manipulation, coercion, and abuse of women that, sadly, remains an urgent issue today.