★If I Tell You the Truth 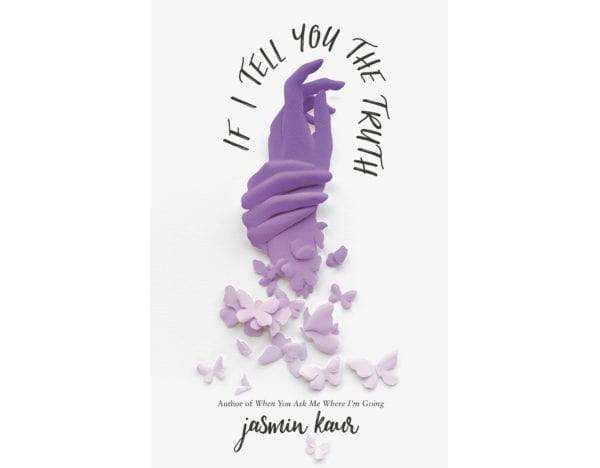 A companion to her 2019 debut, Jasmin Kaur’s sophomore YA novel, If I Tell You the Truth, blends poetry, prose, and illustration to tell the intergenerational story of Kiran, a Punjabi woman who flees her home, and Sahaara, her Punjabi-Canadian daughter.

The story opens with 18-year-old Kiran reeling from a major trauma: she’s been raped by Hari Ahluwalia, a police chief and her former fiancé’s brother, and no one believes her. Kiran’s pregnant and she wants to keep the baby; her mother attempts to coerce Kiran into getting an abortion.

Kiran finds refuge in British Columbia, living with classmate Joti and her mother to begin a new life with her baby, Sahaara, on a student visa. But when it expires, she is trapped, unable to return home to Punjab and worried her undocumented status will be discovered.

A third into the novel, Kaur leaps into Sahaara’s struggle. We first meet Sahaara through a series of poems describing her early years, but it’s her first prose chapter, titled “Welcome to Eighth Grade,” that fully immerses us in her life. She doesn’t know much about her background or her mother’s circumstances, and she resents that there are details missing from her life. Sahaara finds comfort in her close relationship with Joti, her tight friendship with her neighbour Jeevan, and her passion for art. She learns her mother’s secrets after Kiran is taken into temporary custody by immigration officers, and she struggles to justify her own existence, just as she’s about to start art school.

When Kiran finally receives permanent resident status, she decides to share her story publicly. Hari is running for chief minister of Punjab, and Kiran is invited to Mumbai for a series of media interviews. Sahaara goes with her and together they discover their own power and learn valuable lessons in allyship. Kiran also discovers a layer of privilege in her own traumatic experience: while she was able to escape, many women can’t.

In Mumbai, Sahaara works on an art project that examines themes of migration and sexual trauma. Her teacher doubts the feasibility of addressing two heavy topics at once – which may echo a reader’s skepticism about Kaur’s ambitions in tackling so much in one novel. These reservations turn out to be unfounded, however. Sahaara’s work is a tapestry, a beautiful celebration of women’s resilience, community, support, and stories, and so is Kaur’s.

One of Kaur’s greatest strengths is her character development, and her unique use of multiple forms amplify her talent in this area. While her prose is busy advancing the plot, her poetry is free to underscore important emotional moments. Her stark illustrations are integral as well, adding another dimension to an already emotionally rich story.

Despite its complexity and ambitious layering, the novel flows effortlessly, with strong pacing and tension, and is recommended for teen readers who can handle the subject matter: sexual assault, police brutality, immigrant trauma, victim blaming, domestic violence, alcoholism, depression, and anxiety. If I Tell You the Truth is a beautiful, nuanced examination of the resilience of women in the face of trauma.