In the Key of Dale 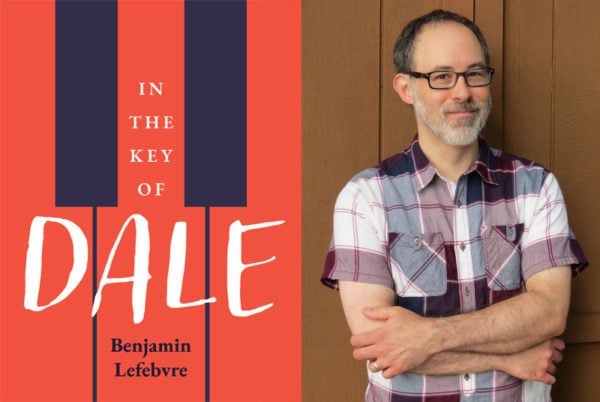 Sixteen-year-old Dale Cardigan is a musical prodigy, plain and simple. He aced his latest Royal Conservatory exam. He plays the organ at the local church for pocket money. He plays piano at his lesbian friends’ wedding for fun. He sings in a choir with his uncle for quality family time. And he plays violin … to get out of gym class. Clearly, this kid has a lot going for him.

Except … his childhood prodigy pal Jordana left for a fancy arts school and isn’t returning his texts. Plus, the school his mom and stepdad send him to doesn’t even have a music program, never mind a good one. And ever since his dad died, things haven’t really been right with, well, anything. Maybe if he had friends, he could talk to them about it. But he hates school anyway. Why complicate it by befriending his classmates? He shows up, he goes home, and he lives in his music – until the day his unconventionally handsome classmate Rusty decides that he wants to befriend Dale. It’s a complication Dale didn’t see coming.

Confronting – or rather avoiding – profound grief at the same stage of life as social and familial pressures mount, Dale has an interior life that’s rich and relatably realized. Eminent Lucy Maud Montgomery scholar and editor Benjamin Lefebvre’s debut YA novel offers all the pleasures of a breezy, gay, will-they-won’t-they high school romance while also tackling weightier themes. The result is a portrait that is surprisingly fresh yet will resonate strongly with readers’ own experiences of navigating the fraught world of adults before attaining the benefits of adult autonomy.

Lefebvre’s story bracingly illustrates the hows and whys of clear communication in romantic and family relationships, although his characters – including Dale’s parents – have a lot to learn in that regard. In particular, the tentative recognition of Dale’s attraction to Rusty is handled masterfully, and the few frank and fun scenes of sexual exploration are joyful and positive, offering a climactic counterpoint to the general social dysfunctions that drive the overarching narrative.

Dale most often recounts his inner thoughts in confessional writing done on his laptop, in the form of “letters” to his deceased father. The epistolary format in books for young people is a cliché that Lefebvre tries simultaneously to deploy earnestly and to critique, and the effect is uneven. While the book briefly pokes fun at this trope, in the end, the suspension of disbelief it demands of readers is a big ask relative to the payoff it delivers, and quite often, it distracts from Lefebvre’s otherwise clear and highly readable style.

But readers will happily forgive this small imperfection in the face of such a moving story of learning to reach out and open up, even after loss. Complex, thoughtful, and compelling: In the Key of Dale is sure to strike a chord.