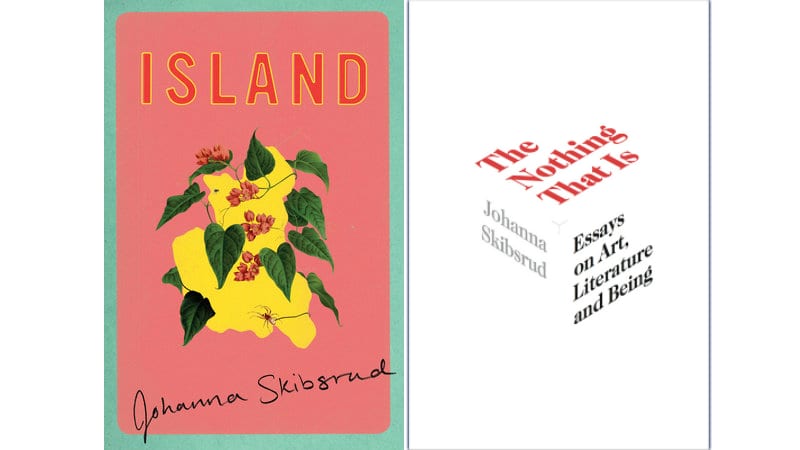 In her 2001 memoir, A Map to the Door of No Return, Dionne Brand recalls that her grandfather told her “he knew what people we came from.” Despite the 13-year-old Brand’s prodding, which included rhyming off various African peoples in the hopes of jogging her grandfather’s memory, the man was not able to recall the lineage he claimed to know. “Having no name to call on was having no past; having no past pointed to the fissure between the past and present,” Brand writes.

Johanna Skibsrud’s third novel, Island, opens with questions of ancestry similar to the one Brand struggled with. In the novel, Lota is a white teenager on the fictional, eponymous island. Lota, who has her grandmother’s pale skin and has “been teased for it, sometimes mercilessly,” first realized she was white in Grade 7, when she encountered in a history textbook a chapter titled “Colonial Society and Economy.” The information and her schoolmates’ taunts incite Lota’s curiosity about her ancestors, but when she questions her mother about it, the only reply is unsatisfactory: “You’re an islander, Lota.”

From that opening, Skibsrud crafts a fast-paced story of identity and insurrection told through the alternating perspectives of Lota, a worker at a fish factory, and Rachel, a diplomat stationed on the island, who yearns to return to the mainland where her husband and daughter live.

The restless Lota finds a purpose among the Black Zero, an insurgent group that aspires to overthrow the island’s president, Vollman. The president is himself a puppet of Ø Com, a Danish global communications company that controls the flow of labour and money on the unnamed island, which serves as a central hub for fibre-optic cable. Lota falls under the command of Kurtz, a steely rebel who incites the teenager and her young comrades to stage a coup. The lives of Rachel and Lota intersect during the insurgency at the embassy where Rachel works.

Black Zero members select as aliases the names of villains from popular movies, books, and television shows; Kurtz’s namesake and nihilistic philosophy clearly draw comparisons to Joseph Conrad’s Heart of Darkness. In her afterword, Skibsrud admits that Island is intended as representative of the way Conrad’s short 1902 novel “continues to be enacted in our everyday lives.”

Skibsrud’s afterword reinforces her own novel’s agenda: the book probes white identity and diasporic identity in the context of international flows of information, money, labour, and people. The lack of specificity (character names based in pop culture; the absence of a proper name for the island, which remains ambiguously located) contributes to a homogeneity that implies assimilation by means of cultural imperialism. Skibsrud explicitly states that her goal is to “explore the many questions and problems that arise when considering legacies of cultural imperialism, otherwise known as modern-day global capitalism. This book is also, therefore, a book about the ‘logistics’ of whiteness.”

In a larger context, the lack of specificity can be read as an appeal to universality. But in the particular context of whiteness, Island offers a thrilling vision of global corporate power played out in the lives of two headstrong and independent women who must confront various absences, including the intractable loss of identity.

In The Nothing That Is: Essays on Art, Literature and Being, Skibsrud turns her attention to 11 critical pieces that address poets and writers including George Oppen, Virginia Woolf, and John Ashbery.

In the introduction, Skibsrud states that the book represents a decade-long attempt to think about the philosophical concept of nothing. Summaries and contexts are not provided for concepts like Woolf’s “far side of language” or the tension between presence and absence in “The Snow Man” by Wallace Stevens; this elision speaks to Skibsrud’s familiarity and ease with academic discourse. In the essays that cross over to a general literary audience, such as “Transcribing the Waves: Language as a Spiritual Medium in Virginia Woolf and Anne Carson,” Skibsrud balances intellectual rigour with historical context and offers generous understandings that turn our attention to language as the texture of life.

As a whole, the collection is uneven in tone but consistent in its sharp insights on 20th-century writers and artists. The Nothing That Is signals Skibsrud’s versatility as a poet and writer who is able to winnow and subvert theoretical concepts for ambitious reinvention. If the essay collection is innovative and boundary-pushing, Island is perched on the timely intersection of transnational and postcolonial debates relating to whiteness and diaspora.