Izzy in the Doghouse 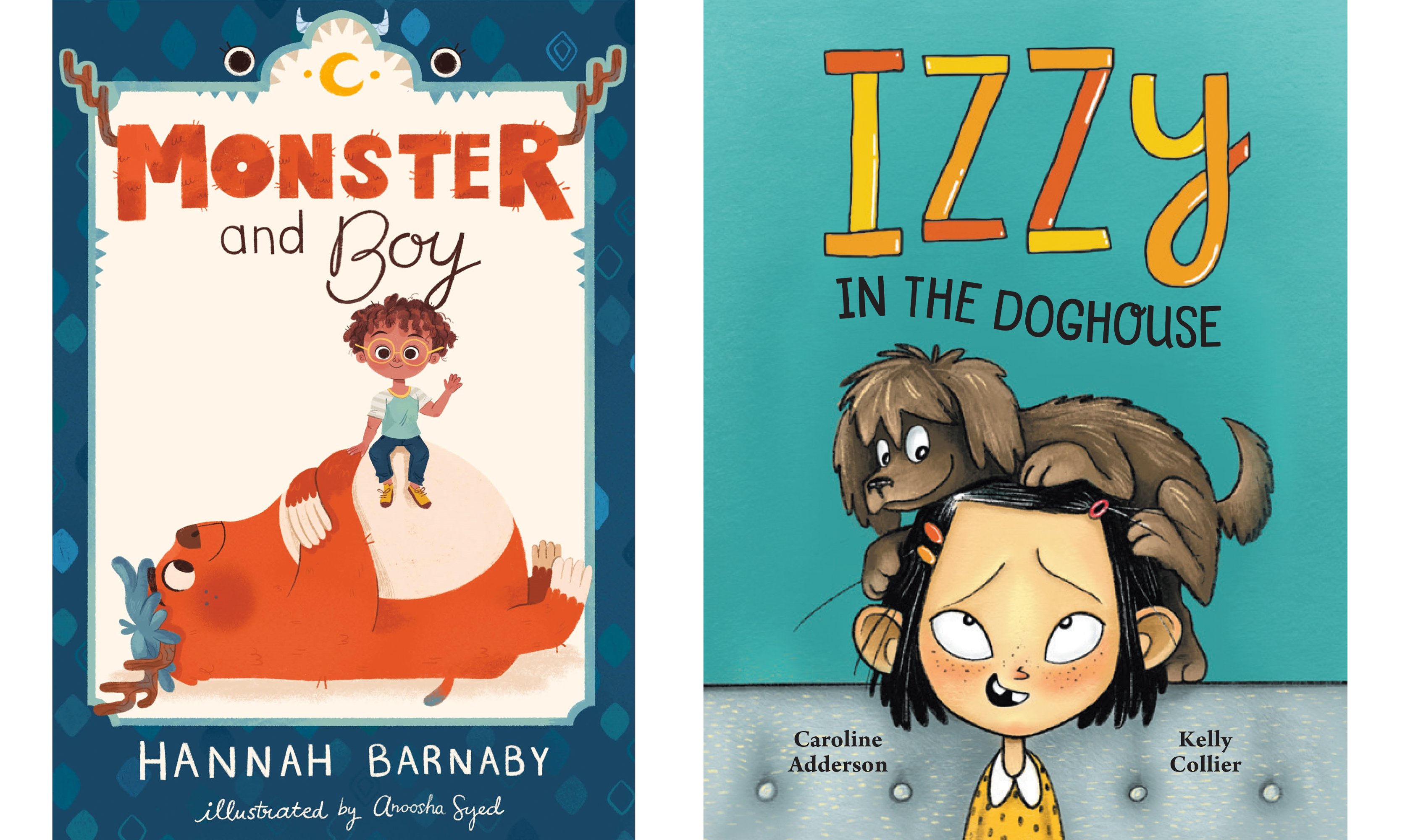 For some kids, the move to reading on their own is dependent on fiercely engaging chapter books – ones that have the right combination of easy vocabulary, short sentences, relatable characters, goofiness, gross-out humour, and spot illustrations that help tell the story when you just need a break from all those words.

Izzy in the Doghouse, from Vancouver writer Caroline Adderson and Toronto illustrator Kelly Collier, hits most of these notes, taking pointers from Ivy and Bean, one of the more successful beginner chapter-book series in recent memory. Izzy, like Bean, is a rough and tumble primary schooler, not afraid to get dirty or pull out a gross gag to impress a much cleaner, prim and proper friend. In this case, that friend is Zoë, who appreciates Izzy’s humour but doesn’t particularly like the way it often gets them sent to the principal’s office. “They had a big amount of fun together – most of the time,” says the narrator.

Drawn with wide eyes, cowlicks, missing teeth, and easy-to-read body language, Izzy is an endearing character, not sneaky or manipulative. From her point of view, trouble comes because it is just too hard to keep track of all the Nos, especially at school: “NO talking at reading time. NO somersaulting in the book nook. NO writing backwards. NO running in the hall. NO running backward in the hall. NO going into the boy’s bathroom, even if nobody’s there. NO making toilet paper tails and running down the hall. NO showing your firetruck underwear to anybody ever – even if it’s new. … Those were just this year’s NOs – so far.”

The grown-ups in Izzy’s life come to the conclusion that she has too much love for just two people, and the solution – which may make more sense to kid readers than adults  – is to get her a puppy. The story drags a bit when the new pet comes into play, although the target age range might disagree and be happy about the cute canine antics and sentences with that easy-to-read three letter word, dog.

Monster and Boy, from U.S. writer Hannah Barnaby and Toronto illustrator Anoosha Syed, also has the elements of a good beginner chapter book, but instead of telling a relatable, reality-based story it spins a monster fantasy.

We learn from the narrator that monsters who live under children’s beds actually fall in love with those kids and are desperately sad whenever they’re not in the room. In this story, a perfectly amiable monster ends up eating the boy he loves. When the monster eventually coughs him back up, the boy has been shrunk down to miniature size. Together, they look for a way to fix the situation and in the process get to know a bit about each other. (For example, monster mothers teach their children that there are “no such thing as magicians.”)

Barnaby writes in a conspiratorial way, talking directly to the reader: “This story is not quite what you were expecting, was it? If it makes you feel better I am also quite surprised by what just happened. Does that make you feel better? No? We’d better keep going then.” And Syed’s illustrations, drawn with thick black marker and swaths of green, are comforting and easy to decipher. Kids might even be tempted to trace the blobby horned monster or fun items from the boy’s bedroom – or attempt to recreate the artwork freehand.

While Izzy in the Doghouse slows down in the second half, Monster and Boy picks up speed as it goes. When the pair eventually leave the boy’s bedroom, they find new adventures in other rooms of the house. Somehow, the boy ends up in the toilet (gross-out humour, check), where due to his small size, he manages to swim a few laps around the bowl. And in the kitchen, they come across the boy’s little sister – easily mistaken for a smaller monster in her fuzzy-footed and hooded pyjamas. This little tyrant blackmails the monster and boy into helping her find candy. When she’s appeased and the boy’s been brought back to regular size, everyone feels content and tired, ready to march off to – or under – their bed. Here’s hoping tuckered-out new readers feel the same.