Keep This to Yourself 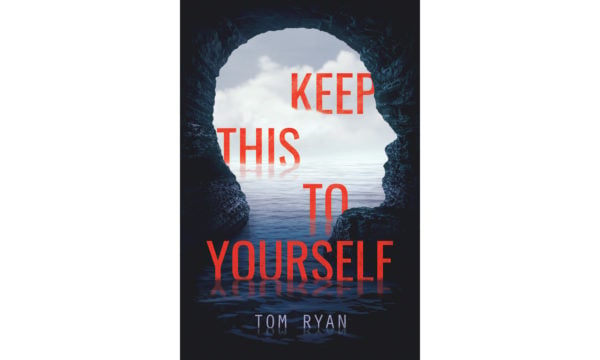 The human drama inherent in the summer following high-school graduation – including, but not limited to, questions about the future, preparing to leave home, individual identity, and reckoning with the end of childhood – makes it a natural backdrop for high-intensity treatment in YA writing and pop culture at large. Tom Ryan uses this familiar milieu in his new novel Keep This to Yourself, supplementing it with an equally powerful genre conceit: the summer in question comes one year after a serial killer claims four victims, including a teenage boy. The killer has never been caught.

The result is a novel that is both a powerful coming-of-age story and a frequently surprising mystery. To Ryan’s considerable credit, the distinct narrative strands are inseparable: the mystery is dependent upon the coming-of-age elements, while the human story unfolds directly as a result of the thriller elements.

Keep This to Yourself begins hours after the graduation ceremony in the small coastal town of Camera Cove. We’re introduced to Mac, Ben, and Doris – all that remains of a close-knit group of neighbourhood friends who grew up together. Carrie has withdrawn from the group, and Connor was the last victim of the Catalog Killer the year before. As the friends struggle with their grief and the fragmenting of their community, Mac – who considered Connor his best friend – finds what he believes to be a crucial clue and takes up an investigation into Connor’s death.

While Mac’s detective work – and the peril it brings him – gives the novel its shape and narrative momentum, the book succeeds because of its attention to the intricacies and hidden secrets of Mac’s own life and his relationships. His inquiries lead him not only to discoveries regarding the Catalog Killer’s identity but also to revelations about Connor, the nature of Mac’s friendships, and his own character. These discoveries are often brutal (and all the more realistic because of that brutality) but are leavened by a burgeoning relationship Mac stumbles into with the cousin of another murder victim. As a thriller, Keep This to Yourself delivers twists and turns aplenty, but its personal elements are just as thrilling and suspenseful, with stakes almost as high.