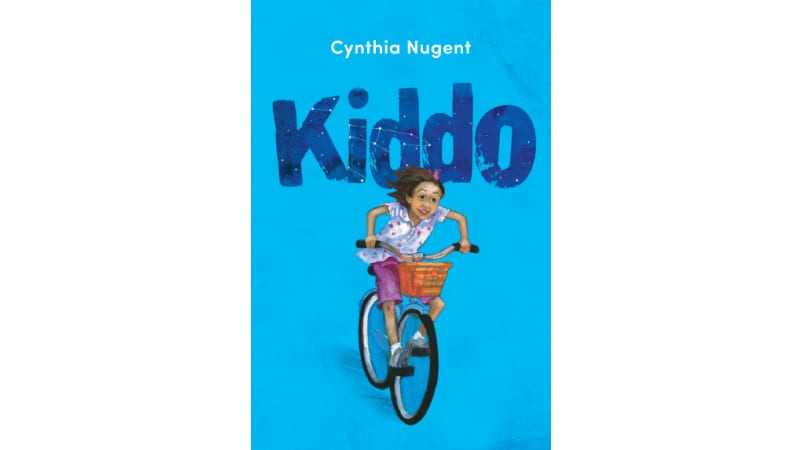 Ten-year-old Katherine (“Kiddo”) Warbler has aspirations to become the next Junior Journalist for her local newspaper. To qualify, she needs to spend her summer collecting community points and learning how to be a better speller. But she’s determined to beat out the reigning junior reporter – her arch nemesis Jeremy (“Germ”) Marroon – as she sleuths for news headlines and creates a few of her own along the way.

In this hilarious middle-grade novel, award-winning illustrator and author Cynthia Nugent captures the nostalgic charms of 1960s-style childhood without seeming dated or irrelevant. Nugent’s artistry shines in the neo-retro feel she brings to her story. She manages to depict modern-minded characters who drive vintage cars; talk on wall telephones with long, winding cords; and source their news from the community paper. Reminiscent of the great throwback movie A Christmas Story, the book introduces readers to Kiddo’s unusual family and friends, all perfectly rendered with unique foibles and hobbies. Her father is a superstitious sculptor and tinkerer who believes that his household appliances are conspiring against him; her mother is a bingo-playing, stage-frightened jazz singer who works at the Sally Anne; and her astronomy-obsessed neighbours have a brood of kids named after constellations.

Kiddo’s well-meaning attempts to collect community points always lead to hysterical hijinks. She places a personal ad for her lovelorn teen sister that attracts the attention of local lonely hearts. She sees a point-collecting opportunity in a community clean-up day, where she tidies the litter-strewn racetrack while unintentionally thwarting a horse kidnapping. And, as she tries to cheer up her dad by getting him a new carburetor for his broken-down Studebaker, she stumbles across a dubious character out to steal auto parts.

Kiddo’s adventures spin out over 15 highly amusing chapters that are equally strong as short stories. Nugent (Mister Got to Go) adds great little illustrations, which are sprinkled throughout the book, including of a bingo cage, tiddlywinks, and Kiddo’s Junior Journalist competition form, complete with good deeds and spelling errors.

Kiddo is a laugh-out-loud read, perfect for those whose tastes skew quirky.