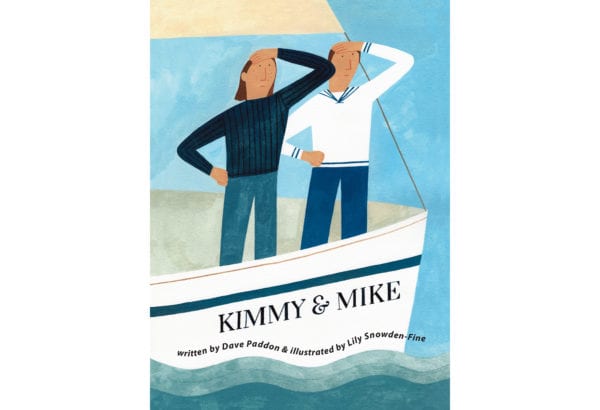 Recitations are a centuries-old oral storytelling tradition in Newfoundland and Labrador – tall tales and unknown histories connecting community and place, past and present.

In Kimmy & Mike, author, storyteller, and former pilot Dave Paddon (Ralph, Flying Hound) takes this tradition and spins a yarn of international proportions. The titular sister and brother hit the sea to fetch dinner for their family, but with their catch slim along local shores they cast a wider net, sailing across oceans and through hurricanes to try their luck in the waters of France, Spain, South Africa, Australia, the Galapagos, and beyond.

Along the way, they run into pirates, a giant squid, a depressed merman, and a talking iguana – not to mention their very cross mother who was left with no choice but to order fast-food chicken for their poor father. 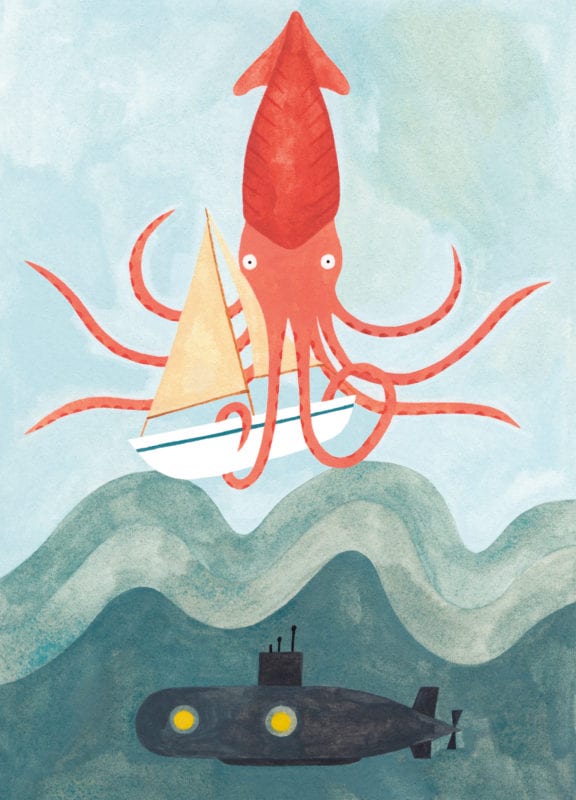 Although the siblings aren’t successful in catching anything for the pot, their hijinks on the high seas will have readers wondering what oddness the next destination will bring. The text is accompanied by charming and colourful folk-art style illustrations by Lily Snowden-Fine (Why Do Cats Meow?), from the adorable sea creatures to the handy detailed map.

Kimmy & Mike is written in rhyme; a few spots of rhythm feel off, but that could be due to the oral style of a recitation or to it being written (rightfully) with a maritime ear. It’s a little distracting but doesn’t take away from the imaginative tale. Non-Maritimers may also wonder about the local slang and fishing terminology; fortunately, Paddon includes a glossary at the back. He also includes an afterword with a brief history of recitation, its origins in isolated fishing villages, and its current resurgence.

Kimmy & Mike is a fun introduction to a long-standing tradition, written by one of Newfoundland and Labrador’s foremost storytellers.