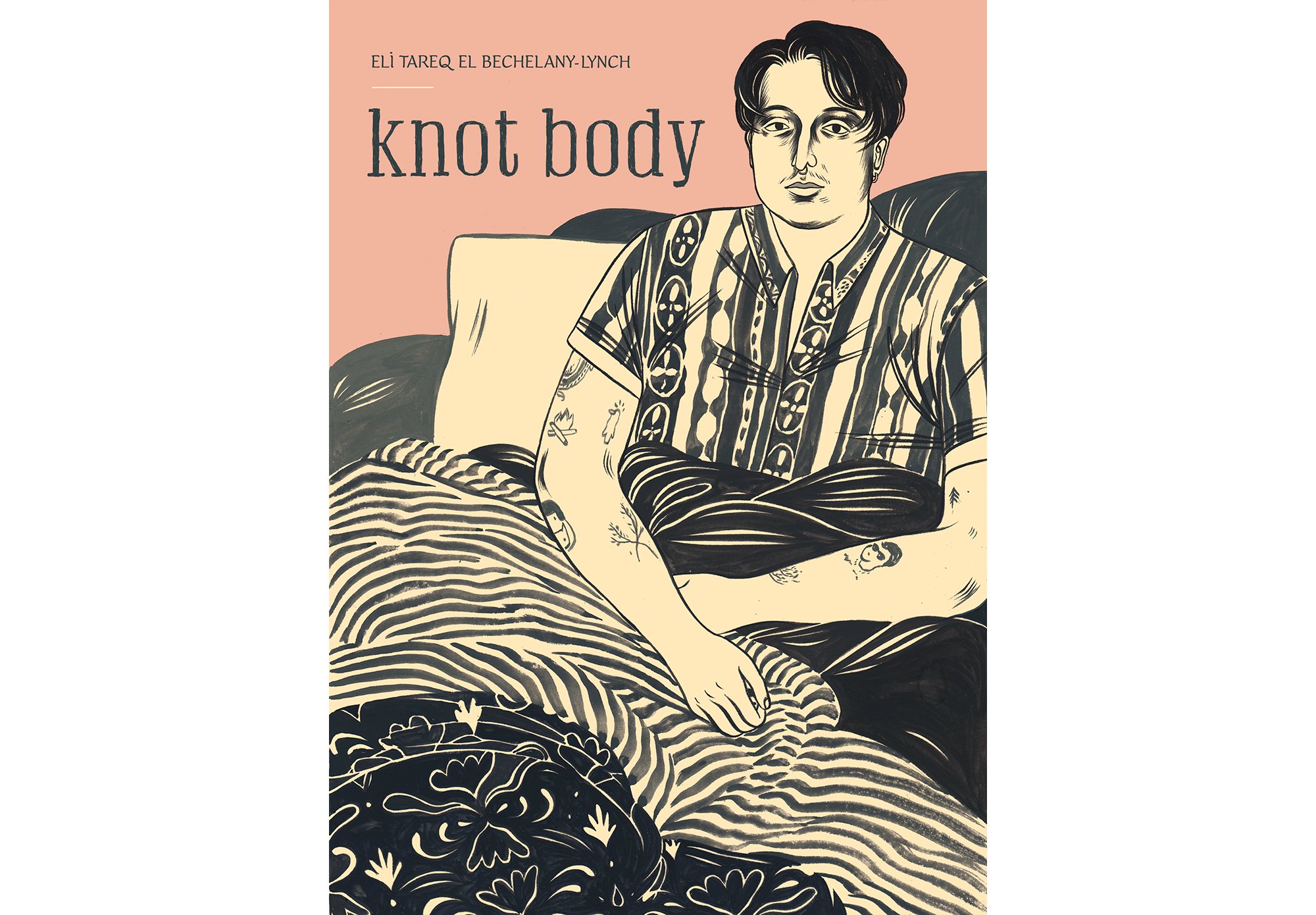 Eli Tareq El Bechelany-Lynch is a queer mixed Arab poet working out of Montreal. Their work to date has sought to open up explorations of queerness, family, culture, and diaspora, and of the strange process of living with and in a body – especially when that body is in pain. In a new hybrid volume, El Bechelany-Lynch weaves these themes together into an examination of body and identity.

Combining essays, letters, and poems, knot body moves through the life of its narrator, who suffers chronic pain and repeated misdiagnoses, via an interrogation of the ways we structure our society and relate to one another. Reflections on intimacy, desire, and bonding are just as likely to appear as sharp renunciations of capitalism and illuminations of the medical complex’s failings. The narrating voice is sharp, reflective, and incapable of sitting still, drawing connections between moments and systems, making statements not to pin down concepts to singular perspectives but to crack them open.

Personal letters comprise much of the book. El Bechelany-Lynch implicates the reader in their narrator’s illness, framing the state of being sick not just as something that a person experiences but also something that is performed, witnessed, and invented in the space between people. In this way, knot body positions illness in the context of relationality. Words by other famously sick writers – like Anne Boyer and Eli Clare – are placed into conversation with one another, alongside poets like CAConrad and Tommy Pico.

These thoughts and voices are located within a tradition; as a result, the particular circumstances of the body – illness, disability, and state-of-being – become things that are addressed not alone but communally. This is in stark contrast to the staunch individualism that marks popular public discourses around sickness, healing, and cures, in which illness is something that happens to a body and is either overcome or succumbed to by an individual. By contrast, knot body points the reader in the direction of more nuanced explorations of sickness and health.