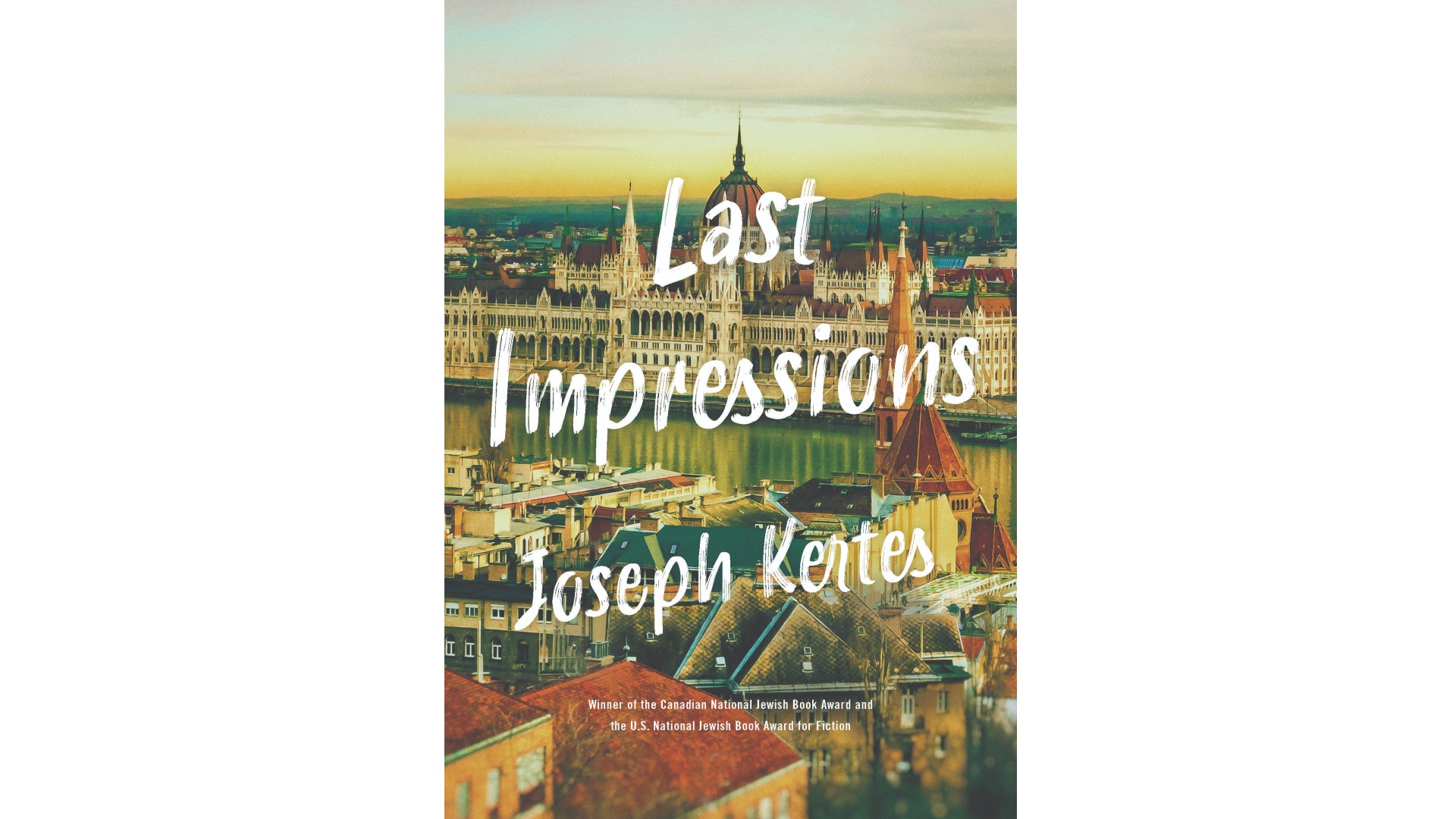 In this tender tragicomic novel, Joseph Kertes plumbs themes that have obsessed him throughout his career. How does a family come to terms with a traumatic history that feels too painful to talk about? Can you put the past behind you? How does one get history right?

Toggling back and forth between the Nazi occupation of Hungary and contemporary Toronto, Last Impressions centres on the larger-than-life patriarch Zoltan Beck, a Holocaust survivor now nearing death. In his old age, Zoltan wants to enjoy life, not dwell on the past. In fact, he’s kept most of his history from his three sons. They long to fill in the missing pieces of their family’s story before it’s too late.

For the Beck family, the present is riven with fissures through which past trauma inevitably bubbles to the surface. They fled Hungary for Canada after the 1956 revolution, when middle son Ben was a toddler. “The memory of fleeing the Russians as a three-year-old, of crossing a dark border late one night to freedom … stayed with you, even if you couldn’t remember all the specifics. You could settle in the new land … take off your coat … but you always had one eye on the coat.”

During the war, Zoltan was barred from enrolling in law at university. His older brother, Bela, a swimmer on the national team and a gifted pianist who taught music at the Liszt Academy, was banned from public pools and from teaching music. Their father, a prominent physician and federal minister of health, was stripped of his title and rank. In 1944, Zoltan and Bela were sent to a labour camp. Though Bela was granted certain privileges by virtue of his musical talent, it didn’t protect him or Zoltan for long.

Zoltan and Bela were separated at war’s end, the latter’s fate unknown. In the narrative present, Ben accompanies the dying Zoltan on a pilgrimage to Budapest in the hopes of unravelling the mystery of what happened to Bela and reckoning with their family’s history.

One of the pleasures of reading Kertes is the warmth and humour with which he imbues his characters. The reader falls a bit in love with the meshuganah Beck family. Much of the comedy erupts from the fraught father-son bond between self-sacrificing Ben and bumptious Zoltan. Other highlights include a colonoscopy that goes awry because Zoltan was in such a hurry that he didn’t properly prepare and the description of Zoltan’s driving test – a “reckless snail,” Zoltan hasn’t used a turn signal since his 48th birthday, when it remained on all day.

Kertes is very much a Jewish writer grappling with Jewish concerns, though this funny and heartbreaking tale about the foibles of family will resonate with a wide range of readers and his themes remain timely.