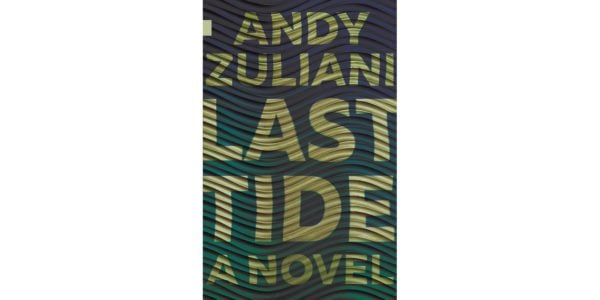 City-dwelling Ana is one of a corps of camera-van drivers for an American company that processes images of habitable places and sells them to real estate interests. Streets within “rezoneable and ripe” areas are reformatted – “cleaned of their memories, rendered into the official, sellable view.”

Initially, Ana is pensive yet oddly numb and machine-like. She dropped out of university and sought a steady, undemanding job; now, “she looks for distraction, tries to lose herself in the maze.” Part of a division that updates images – identifying post-industrial tracts that can become residential neighbourhoods – the character is a fitting one for the dystopian milieu of flattened affect, grey-scale coloration, and omnipresent technology wielded by anonymous corporations that reshape society.

When a temporary job posting opens up on Peliatos Island, a wild and forested rocky crag off the coast of Vancouver, Ana grabs the chance to help her colleague and friend Win, whose fragile psychological state needs protection.

Of course, their presence signals a looming change of format for Peliatos, but the women soon crash their van on land belonging to Lena, one of the island’s 400 inhabitants. After recuperating at the home of this reclusive tectonic-plate researcher, the pair opt to remain in the “insane green abundance” of the island instead of returning to the unnamed city they call home.

With the arrival of Kitt in part two, Last Tide abruptly alters course. A vain clothing mogul building a monumental glass-and-concrete weekend “fortress” for himself, Kitt’s a satiric figure: a cocaine-addled, hot-headed comic villain, facile, self-possessed, happily blind to his privilege – basically, a familiar breed of towering jerk. When locals build a campfire for a party on his property, Kitt scatters them but with unintended results.

Regrettably, fatuous Kitt and his gross miscalculations about the locals capture the author’s attention for many chapters. In favouring Kitt and his clash with the islanders, Ana and Win are sidelined; with that change of focus, the appealingly sombre tone dissipates, and philosophizing about “reformatting” is touched on less frequently as Zuliani corrals his characters toward conflict and resolution.

The author does return to that thought-provoking theme, however, after Lena’s tectonic sensors are tripped and the islanders must literally flee to higher ground. Natural forces trump puny human efforts every time, the novel makes plain. But once the crisis – quake, fire, flood – has passed, new will replace old, at least until the next reformatting phase begins. ’Twas ever thus, or so Zuliani’s intriguing novel implies.