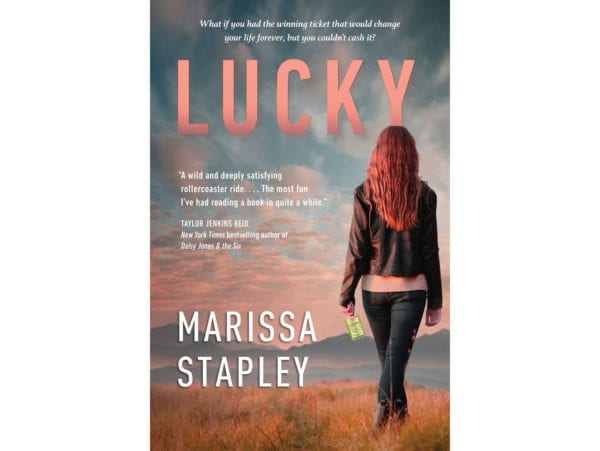 In the 2019 comedy The Hustle, the con team played by Anne Hathaway and Rebel Wilson muse over why women are better suited to heists than men. “Because no man will ever believe a woman is smarter than he is,” quips Wilson.

Well timed for this cultural moment is Marissa Stapley’s page-turning novel, Lucky. The titular character, Lucky Armstrong, was trained by her father from birth to be his sidekick, the two driving across the country in search of the next windfall. This early paternal influence becomes a trap as Lucky – a gifted student with natural talent for math – yearns to shed her fake names for a normal life with friends, school, and a familiar bed. In one heartbreaking scene, Lucky abandons a real shot at this dream to protect those she loves, proving that despite her upbringing, she does have a moral conscience.

But as Lucky grows up, she’s torn between guilt and her inherited ability to slide by unnoticed. There’s a thrill that just doesn’t go away, nor does it help that her entire world is inhabited by other con artists, including her boyfriend, Cary. After the pair bilk a considerable sum out of investors, Lucky justifies her actions by convincing herself that they are modern-day Robin Hoods – until reality strikes during their getaway, on the last stop to Las Vegas. That’s when, in an interesting twist on the usual con story, Lucky discovers she’s in possession of a lottery ticket worth millions, though she can’t claim her winnings because then she’d be caught for her crimes. Luck be a lady, indeed.

Now on the run with her ticket hidden, Lucky embarks on a road trip reminiscent of her childhood grifts, bringing her back in contact with several other con artists of varying success, each a woman with her own ambitions. Through glimpses into their personal circumstances, Stapley dismantles the idea that female criminals are all motivated by the same desires or that there are always men pulling the strings.

Stapley’s 2019 novel, The Last Resort, centred on a too-perfect power couple who run a suspicious therapy program in the Mayan Riviera. Here again with Lucky, Stapley is drawn to smoke-and-mirrors appearances and deceptions, and how the lies we tell ourselves can hurt others. It’s evident that she did a lot of research, from the convenience store short-change scam to investor fraud, on top of which she adds in her own clever tricks. Also clear is the fun Stapley had in writing this book and, in particular, her protagonist, who has a real warmth despite her troubled past. Through Lucky, Stapley brings up interesting questions about punishment, redemption, and forgiveness, as the story unfolds in a delicious manner. Lucky is a ride with a badass friend who just happens to be that much smarter and sneakier than anyone else around.