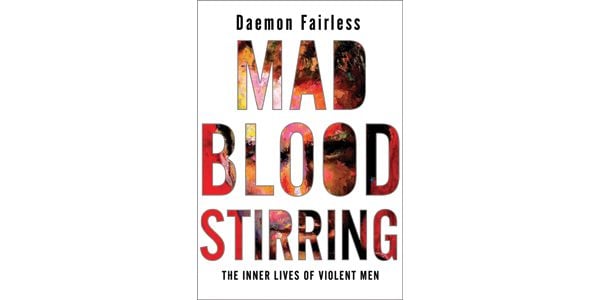 In 1990, Bill Buford, a Louisiana-born American living in the U.K., published Among the Thugs, arguably the best book ever written about the English football hooliganism that spread like wildfire in the mid-1980s. Though rabid football fans getting worked up and doing damage to property or other people was certainly nothing new, by the time it caught the expat writer’s attention, it had become an epidemic throughout the U.K., something that was greeted with almost taciturn resignation in many corners. As Buford writes, “It was one of the things that you put up with: that every Saturday young males trashed your trains, broke the windows of your pubs, destroyed your cars, wreaked havoc on your town centres.”

Buford’s book is terrifying because of its proximity to the violence it depicts. Using an immersive, first-person approach, Buford attempts to provide some explanation for what motivates the crowd of young men to erupt in predictable, seemingly inevitable violence. Class is a factor, he argues, as is an uncomfortable affinity for ultra-nationalist ideology such as that promoted by the U.K. National Front. But there is one aspect of the mayhem that surprises Buford: “I had not expected the violence to be so pleasurable.”

It is precisely this aspect that goes missing when, late in his new book on male aggression, Daemon Fairless quotes Nathan Kotylak, a 17-year-old participant in the 2011 Vancouver Stanley Cup riot: “For reasons I cannot explain,” Kotylak says, “I went from being a spectator to becoming part of the mob mentality that swept through many members of the crowd.” Kotylak disclaims understanding about the root causes of his action, and Fairless is content to let this stand, extending the sense of wide-eyed incredulity to his own experiences with rage and brutality.

The original scheme for Mad Blood Stirring, Fairless writes, was to present a “dispassionate, research-heavy” text “about the objective realities of male violence.” In the end, the author decided to focus on more personal stories, and admits that it became “difficult … to conceive how this book would work to help us better understand the inner workings of violent men” unless he was “honest about the origins of [his] own rage and violence.” To this end, Fairless constructs his book in a manner reminiscent of Buford’s first-person, narrative non-fiction approach, interspersed with sections of analysis devoted to social psychology and evolutionary science.

For close to 400 pages, Fairless circles around Buford’s startlingly straightforward observation about the pleasure principle without ever quite alighting on it. He acknowledges the magnetic attraction of physical aggression in various contexts, both sanctioned (the UFC Octagon, the front lines of a military operation) and otherwise (aggravated sexual assault and murder), but finally refuses to admit in so many words that a primary drive toward violence is that many practitioners find it enjoyable. How else might one explain the appeal of ultraviolent first-person-shooter video games or the operatic mayhem that characterizes the Hong Kong action films of John Woo or Johnnie To? Martin Scorsese and Akira Kurosawa are icons of world cinema who built their careers on a sustained aestheticization of masculine ferocity, but Fairless does not engage in any kind of detailed examination of what, as a society, keeps us returning to these things as forms of entertainment or escape.

What he provides instead are successive profiles of violent men, or men whose chosen professions involve a recourse to violence: a mixed martial arts fighter; a small-time drug smuggler who administers a defensive beating to a fellow prison inmate; a serial rapist; a serial murderer; and a Canadian soldier in Afghanistan. Interspersed with all these are stories of Fairless himself – his ongoing struggle to subdue his own violent nature and his experience as a kind of Buford manqué, embedded among a group of Toronto FC fans known as the Red Patch Boys.

Much of this material is undeniably disturbing, though Fairless is reluctant – or possibly unable – to draw many conclusions about the motivations behind the behaviours he chronicles. His book is cast in the language of contingency: “I think the killer might be something like this”; “Presumably, there is something about the psychological state of young men”; “It’s hard to imagine this hasn’t shaped our psychology somehow.” This is understandable, since the ultimate wellsprings of violence in humans may finally be inaccessible to us, but it leaves a reader feeling dissatisfied and wanting more in the way of empirical evidence to back up the narratives.

What results is a book that exists in the interstices between two distinct texts: one an analytical work devoted to a scientific exploration of the origins of violence along the axes of nature versus nurture; the other, a close narrative account of a succession of men who have succumbed to violent impulses. By not fully committing to one or the other, both feel underserved. Perhaps the author has cast his net too wide. Buford’s text is so powerful in large part because of its extremely tight focus, whereas Fairless’s book is more diffuse, less controlled. And the more personal the material becomes, the more the author appears to hedge his bets. He expresses fascination with the serial killer in part because he wants to know if the killer “feels familiar in any way.” It is this possibility that cuts to the heart of the author’s uneasy perception of himself and his nature. “The longer you look in the mirror,” Fairless writes, “the less alien that shadowy inhabitant seems.”