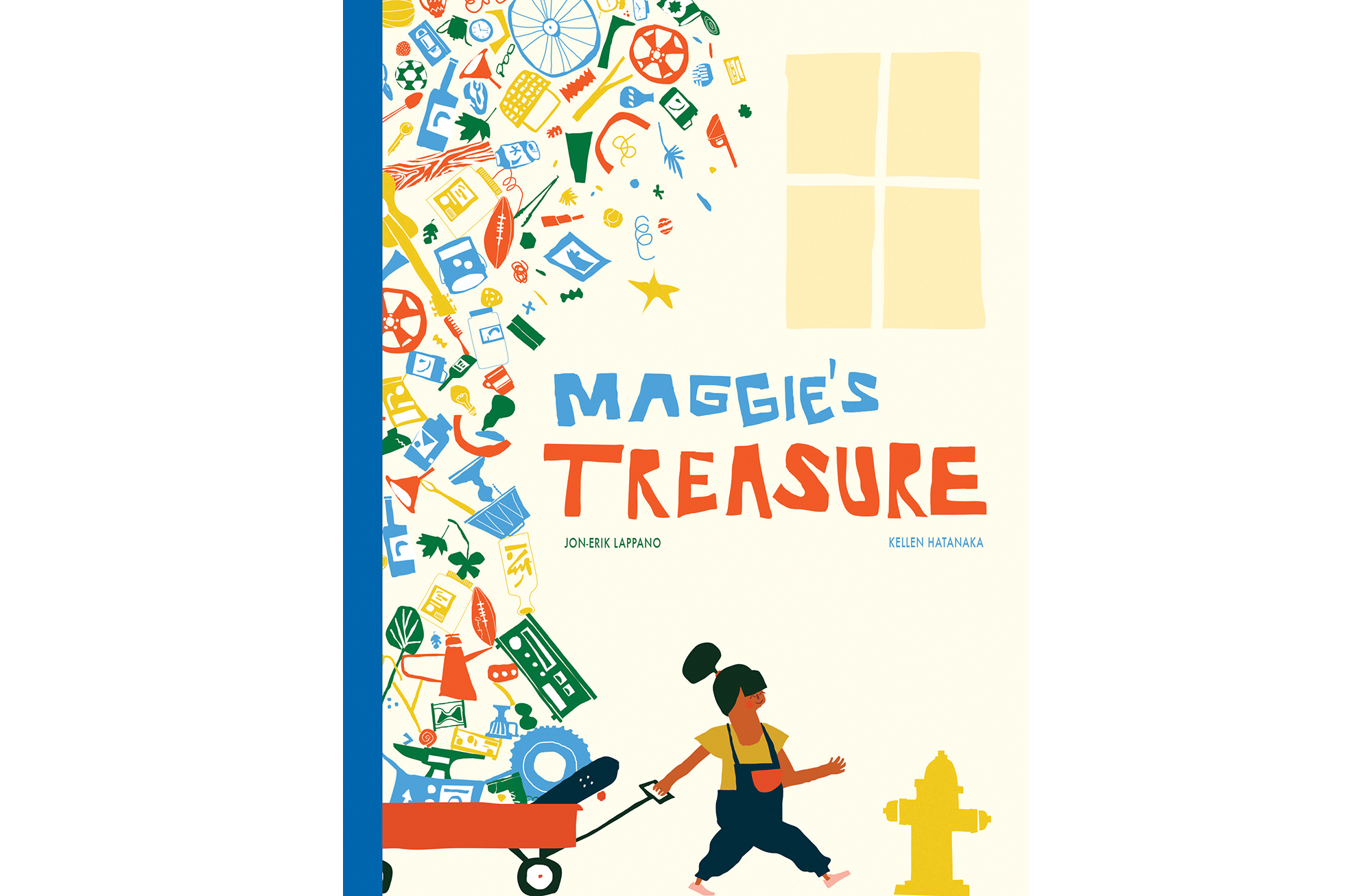 Maggie is a scavenger. No nook of her neighbourhood is off limits. She can see the sparkle in anything, be it a bottle cap or a shiny stone. And as with most collections, Maggie’s starts off small, fitting into a single box. Eventually, it becomes unwieldy, filling every cupboard of her house, spilling out from under her bed, and lying scattered across her parents’ garden.

When the neighbours begin to complain, Maggie admits she has to do something with all her treasures. After weighing every option – from hiding them to burying them – Maggie has an idea. She quickly gets to work creating a treasure chest of free riches for the entire community. But will anybody show up to see what she’s made?

In this lighthearted story, Lappano encourages young readers to cultivate a sense of awe, introducing the idea that anything and everything holds the potential to ignite the imagination. All you have to do is explore.

Hatanaka’s digital drawings portray Maggie’s world as full of vibrant colour: everything around her becomes a source of wonder. And her collection of things is as diverse as the people that make up her neighbourhood. By illustrating Maggie’s growth from collector to innovator, the artwork encourages children to try new activities.

Maggie’s Treasure is equal parts whimsical and empowering, as the heroine learns to not only value her favourite finds but helps the entire neighbourhood see the sparkle in ordinary objects.