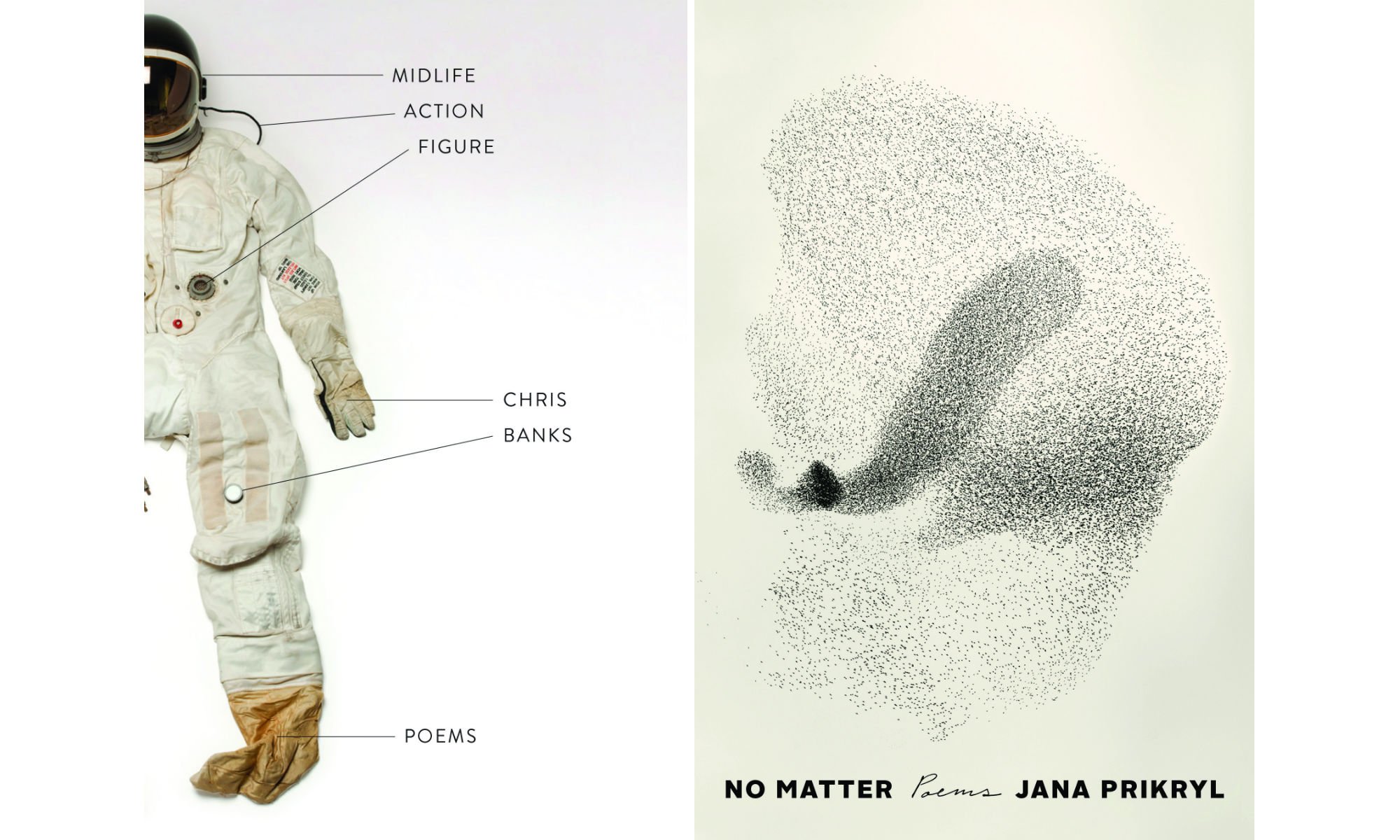 Robert Frost’s formula for poetry was, “No tears for the writer, no tears for the reader.” It’s clear that, in his fifth book, Chris Banks is behind his pen crying, laughing, contemplating, and whittling wisdom into witticisms. Midlife Action Figure delivers surprise, delight, and sense; Banks slams sly one liners as though he were competing in a professional wrestling match: “Guilt is everyone’s personal gulag”; “Purgatory is a late shift”; “Stop torturing yourself by appearing normal.” The result is breathlessly entertaining and gut-punchingly wise.

Banks contemplates life as a conjunction of the meaningful and meaningless. One such instance occurs in “Scrapbook”: “Here are all the precious moments time forges / stuffed into a dossier, a scrapbook of worries, / the evidence misfiled, or tampered with, so you / have to sort it out yourself.”

We read poetry because of its attentiveness to language, image, structure, and insight, and Banks delivers on every count. The best poetry encompasses the intellect, the heart, and living mystery as a complete system. This attitude is apparent in “Oasis”: “My voice is bronzed. Being brain-washed sounds / like a nice vacation, but how I would miss out / on all this not knowing anything! Anger / can be turned into a hammer if held too long. / A memory is a precious stone. Try not to hit / one with the other.”

Banks delivers a breathing, thinking person’s grapple with being alive in a world of paradox, irony, heartbreak, responsibility, and humour. The poet is a philosopher with a sharp eye on life’s ironies, as in “Vacation,” which contemplates relaxation as a sort of wilful blindness. “‘This music, the dancers, the cocktails, it’s all / a kind of blindfold, isn’t it?’ A shirtless man began / eating fire. Cheers went through the crowd.  / ‘We are a congregation without eyes,’ I said, / listening to the wind in the palms.”

Midlife Action Figure is an insightful tour through the human experience, crafted in clear and specific imagery that captivates the imagination and the intelligence. It is a book that begs to be read and reread.

Jana Prikryl, senior editor of poetry at The New York Review of Books, returns with a sophomore collection that is remarkably inconsistent but occasionally engaging for its metaphoric constructs. The poems in No Matter traipse around different cities and scenes observing the urban landscape and its people, with recurring titles: “Waves,” “Anonymous,” and “Sybil.”

Too often, the poems suffer from abstractions and pronoun shifts that leave bewildering blankness as a concluding statement: “And here we reach the shores of speculation.” What we want from poetry is a transcendent image that reveals the inner workings of that speculation. We want to know that the author has, in the words of Seamus Heaney, gone digging: “Between my finger and my thumb / The squat pen rests; snug as a gun.” The evident danger in these lines – something dangerous and revealing, sharp even – is missing from Prikryl’s collection. Instead, the reader is left like a tourist staring at some anonymous city building, never quite feeling the magnificence the tour guide claims to exist there.

No Matter does offer craft in an array of sonnets, blank verse, and experimental, narrative, and portrait poems, including a dreamscape called “Bowie”: “He made me get out / once and swing / those miles up / in a sort of bucket / to touch, swing / over and feel with my / finger the side of a / mountain, quilt / made of steel, each knotted / thread briar of wire. / With my fear / of heights I made with that / live current a circuit / to please him, and made it.” Weaker line breaks such as “a” and “that” jar the flow, and the termination of the line in the phrase “made it” is puzzling. There are far too many pronoun shifts, and too much reliance on the general pronoun “it.” Pound says, “Go in fear of abstractions.” Indeed.

Prikryl’s strengths reside in her ability to construct metaphor, where things become not as they seem, and where she handles dream state through fragment and leaping. Mosaics of impressions can build to scenes of surprise and suspense, as in “2016”:  “Trusting no one we brought our first and only / to the party, who’d blame us for having / a flattering evening clocking / the imprints of our friends. / Thoughtfulness drew a huge / compass circle on the hardwood / so the hole for falling through / would be clean.” Here, Prykryl displays an ability to entice the reader to enter and engage with the work.

Another such poem, “Asylum,” which is well worth reading for its evident quality, features an accumulation of articles that is musical, interesting, and revealing. They offer highlights in an otherwise uneven collection.