★Missing from the Village: The Story of Serial Killer Bruce McArthur, the Search for Justice, and the System That Failed Toronto’s Queer Community 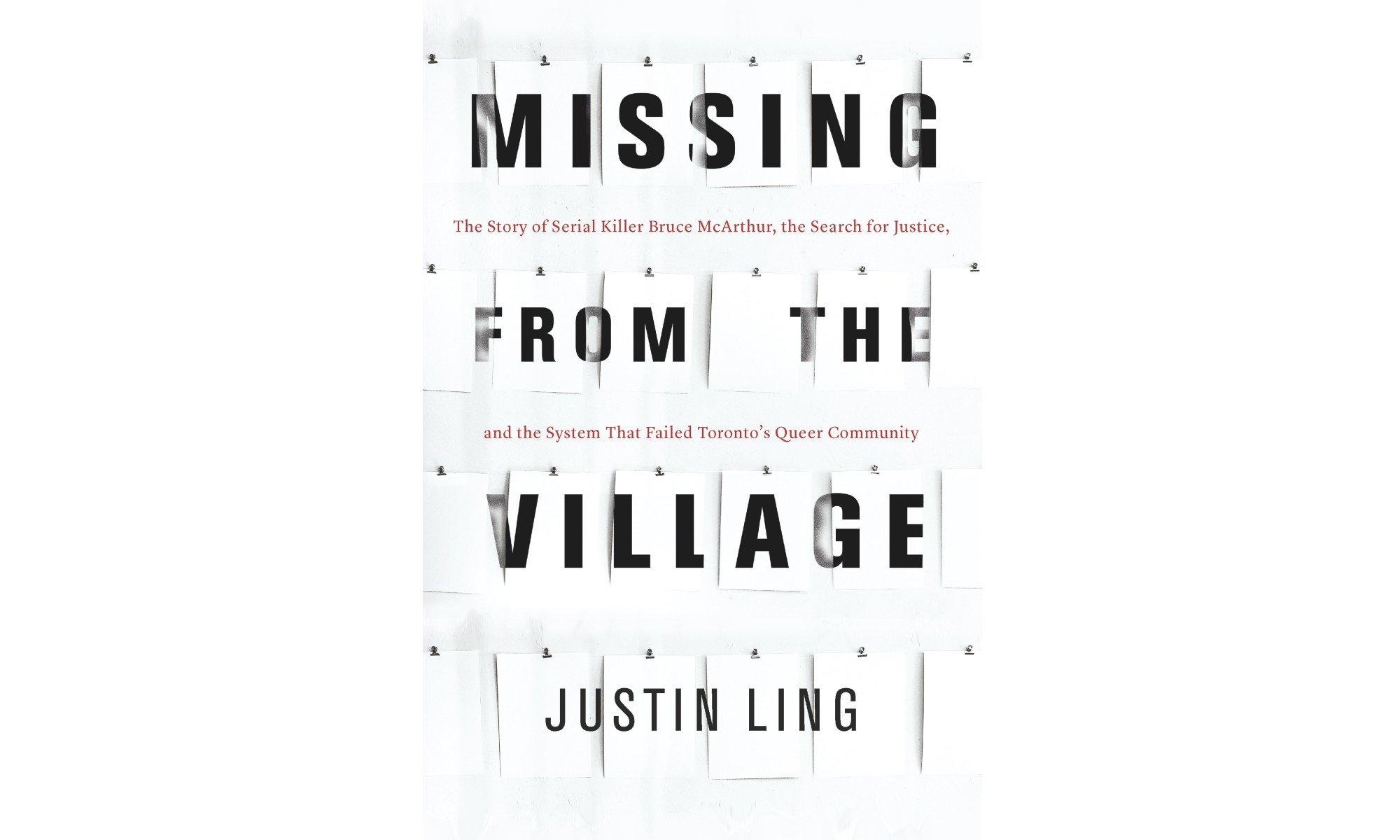 Toronto’s Bruce McArthur was a regular feature in the city’s gay village. He regularly met other local men for purposes of intimacy. When circumstances permitted, he also strangled them to death. The circuitous manhunt that ultimately led to McArthur – and the Toronto gay community’s psychic decimation in the wake of his actions – are ably recounted in journalist Justin Ling’s Missing from the Village.

A long-time reporter for VICE, who’s also written for Maclean’s and The Globe and Mail, Ling is a member of the queer community McArthur preyed upon. From the vantage point of deeply invested observer, Ling documents the paranoia, anger, and fear pervading that community as gay and bisexual men in the neighbourhood vanished without a trace. Toronto Police Service repeatedly asserted no known connection between them. Early in the case, Ling latched onto a theory held by many, ultimately proven to be true: the community had a serial killer in its midst.

The book focuses on McArthur’s victims as much as their killer. Ling shines in his ability to profile each murdered man better than the mainstream media, engaging in expert detective work to uncover the daily realities of the more marginalized victims, like refugee Kirushnakumar Kanagaratnam and street sex worker Dean Lisowick. Ling also takes great pains to set his book in a broader cultural context: a history of brutality against the queer community by the police and society at large that, he argues, reflects a cultural notion that queer lives are less worthy than others, and therefore expendable.

Ling’s style is accessible. While it’s natural to want to understand why someone would commit such heinous acts, the author doesn’t broach the issue. He sets aside the question of motive, asserting “the cottage industry of serial-killer profiling is a lot of quackery.” The book is as much about Ling chasing the case as about the case itself; his account of his own travails is interesting but could have been condensed. Similarly, a tangential subplot about how investigators erroneously feared some of the missing men had been cannibalized should have been reduced to a footnote.

Missing from the Village traffics heavily in community-police relations. After all, McArthur was known to police years before his arrest: he had twice (to their knowledge) violently assaulted sexual partners, and he had been initially identified as a person of interest in the investigation into three of the murders several years before his eventual arrest in January 2018.

For many, McArthur’s apprehension was cold comfort, given the widespread sentiment that lives could have been spared had McArthur been captured sooner. The murders were spread out over an eight-year period and seemed to kickstart again after the initial investigation halted in 2015. According to Ling, inconsistencies in the “versadex” – an internal crime database – may account for police inability to connect the dots much earlier.

On the question of police accountability, Ling is even-handed. He supports calls to defund the cops, noting that social services may be better positioned to support missing-persons investigations. But he sings the praises of the determined investigators without whom McArthur would never have been caught.

For interested members of the public, as well as those directly affected and seeking closure, Missing from the Village bears respectful witness to this terrible story, from the sights and sounds of the night the first man disappeared to the plaintive and heart-wrenching victim-impact statements following McArthur’s guilty plea in court. Ling provides a worthy record of an unfathomable tragedy.