★My Mother, My Translator 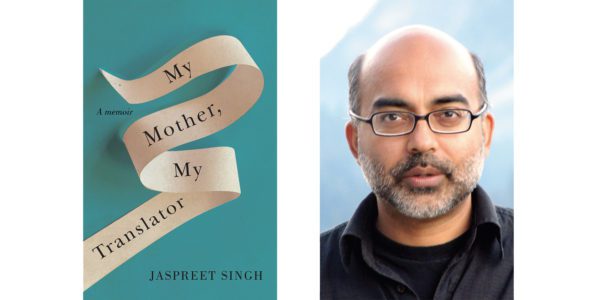 “My mother fantasized about becoming a writer. So did her father. Their fantasies became mine. Slowly a strong desire took over and ruined me forever,” writes Jaspreet Singh in his memoir, which marks a return to themes in his novels Helium and Chef and the short-story collection Seventeen Tomatoes: Tales from Kashmir: family, identity, immigration, and writing itself.

My Mother, My Translator begins with a pact: the author allows his mother, who lives in Delhi, to take significant liberties when translating one of his stories from Seventeen Tomatoes into Punjabi, on the condition that she will write her memoir. After she dies in 2012, he confronts her unfinished manuscript, which urges him deeper into family histories and the trauma of dispossession that accompanied Partition. The British split India across religious lines in 1947, creating the second-largest refugee crisis following the Second World War.

My Mother, My Translator grapples with the responsibility, joy, and heartbreak of collecting oral stories and fragments in order to know one’s parents, elders, ancestors, and people.

“Fiction had allowed us to talk to each other,” writes Singh, after realizing that his mother used writing to “deal with her demons,” but every memoir has its surprising turns. For Singh, one such turn arrives when he reckons with his trauma from anti-Sikh violence, which he experienced as a teenager in 1984. Though there is plenty of dark material, Singh’s honesty and refreshing intertextuality craft an intensely pleasurable read. Taking a cue from Walter Benjamin, Singh adopts “translation as a tangent line to the circle called the original,” creating a wide scope to manoeuvre between genre and formal play, ranging from photographs interspersed within the text, in the vein of W.G. Sebald and Roland Barthes, to numbered propositions in the style of Maggie Nelson’s Bluets.

In a memorable chapter titled “The Föhn,” Singh finds the pandemic’s echoes in his family history. He braids the story of his writer’s residency in Switzerland when COVID-19 began making headlines with a story about his mother’s grandmother, who was “still playing with dolls” when she was married to a man who would die in the 1918 Spanish flu pandemic.

With his writing’s deft balance of detail, history, and anecdote, Singh is an unparalleled chronicler who is at once walking by the “pherozi-coloured Bow River” while inventorying recipes, ragas, and racism with a rare heart-centred intelligence. My Mother, My Translator is an indispensable, inimitable memoir.