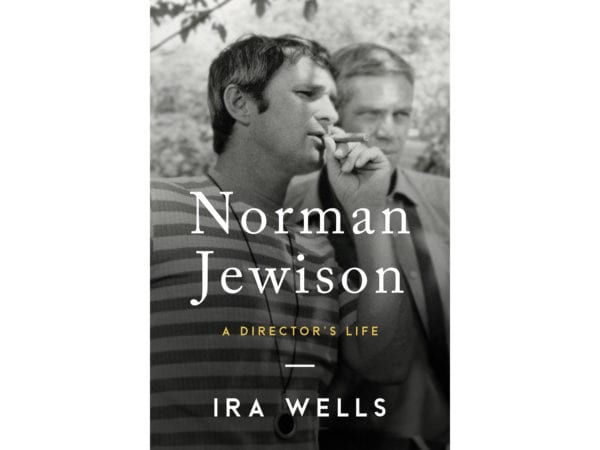 Norman Jewison may not be as familiar a name as some, but the films he’s directed are instantly recognizable, among them In the Heat of the Night, Fiddler on the Roof, Moonstruck, and Jesus Christ Superstar. In Norman Jewison: A Director’s Life, Ira Wells chronicles Jewison’s life and work from his Protestant Toronto roots to his work on variety shows at CBC and CBS to his years in Hollywood directing movies. A wide array of ephemera – including letters, telegrams, missives, and reviews – gives the reader a vast sense of Jewison’s decades-spanning career.

Wells’s biography devotes itself to detailing Jewison’s relationships, both positive and negative, with collaborators such as Steve McQueen, Cher, Hal Ashby, Sidney Poitier, and Sylvester Stallone, among others. Filled with details of studio clashes, financing demands, and casting issues, the book offers a glimpse into what it was like to work in Hollywood in the last half of the 20th century.

In Wells’s hands, Jewison’s body of work becomes a series of case studies revealing an ever-changing America. In the Heat of the Night, which examined racism in the South, won the 1967 Oscar for Best Picture; shortly thereafter Martin Luther King Jr. was assassinated, and Jewison began work on a project about slave rebellion leader Nat Turner. In this fascinating section of the book, Wells describes how, while Heat was considered progressive, within a year the Turner project was publicly condemned by Stokely Carmichael, Ossie Davis, Amiri Baraka, and other Black American figures. That a white man from Toronto is not the best director for a film about Black history is a lesson Jewison learns again decades later, when he is initially attached to direct the adaptation of The Autobiography of Malcolm X. (Spike Lee went on to direct the 1992 film.) Jewison also courted controversy in 1973 with Jesus Christ Superstar, which was accused of anti-Semitism before it was even screened. Wells presents Jewison as ever well-intentioned, with each of these issues catching him by surprise.

As enlightening as the cinematic history is, Jewison himself – often depicted by Wells as affable, boyish, and adaptable – is eclipsed by most of these events. Jewison’s drive and dedication shines through, as does his protectiveness of his family, whom he shielded from the drama of Hollywood. Rather than having a particular style like many of his contemporaries, the unifying theme across Jewison’s body of work is moral: his “message films” are often focused on the mistreatment of the underdog by the elites (a parallel Wells makes to both the civil rights movement and Jewison’s own clashes with the studios). It’s clear that Wells, a University of Toronto English professor, researched extensively, making ample use of the Norman Jewison collection housed at the university’s Victoria College, where Jewison did his undergrad.

But amid all the research and ephemera, the question of who Jewison is fades to the back, and Norman Jewison: A Director’s Life reads more like a series of anecdotes than a fully satisfying portrait of the man behind the camera.