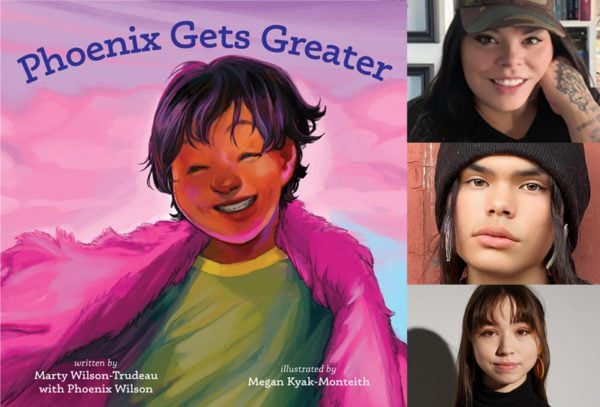 Phoenix finds himself the target of bullies because he prefers dolls and dancing to trucks and hockey. Although he is afraid, Phoenix is tired of hiding his true self and tells his mother and brother that he’s gay. They both reassure him that they love him, they are proud of him, and they want him to be happy.

His mother also tells him about Niizh Manidoowag or Anishinaabe Two-Spirit people, noting he is extra special because he feels and thinks like both girls and boys. “Anishinaabe communities have great respect for Niizh Manidoowag. Their wisdom, healing ways, and visions help our communities, and they love to dance and twirl – just like you,” she says in the story. Phoenix becomes more confident because of his family’s acceptance, and he chooses friends who accept and embrace him, too.

This autobiographical story is a solid introduction to Niizh Manidoowag or Anishinaabe Two-Spirit people, and demonstrates that with acceptance true inclusivity occurs. Megan Kyak-Monteith’s expressive and warm illustrations bring Phoenix’s story to life.

Representation matters, and having a book like this in a library can make a wonderful difference, as it demonstrates to children that they are not alone. For children to see people of different cultures, abilities, interests, and strengths is crucial in creating a more tolerant, inclusive society. Recommended for home, school, and public libraries.