Reasonable Cause to Suspect: A Mother’s Ordeal to Free Her Son from a Kurdish Prison 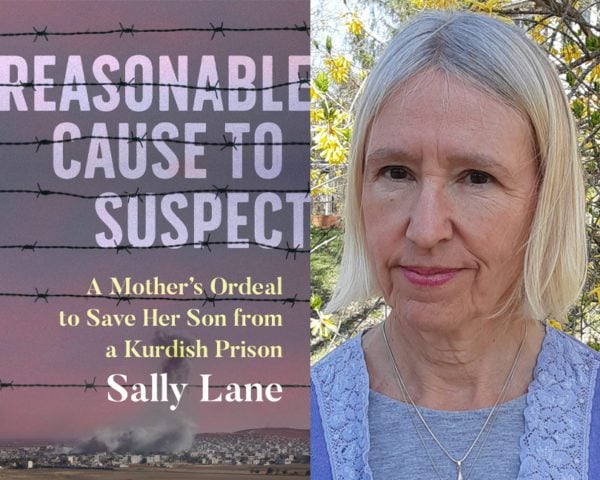 In the fall of 2014, Sally Lane’s son called to tell her he was in Syria. Eighteen years old at the time, Jack Letts was a recent convert to Islam and, according to Lane, idealistic and misguided. After he was accused of being a member of the Islamic State group (ISIS) and given the name “Jihadi Jack” by some media outlets, Lane’s loss of her son to a region in conflict became ever more complex – and far more public. Reasonable Cause to Suspect details the years of fear, uncertainty, and confounding legal complexity that followed as Jack’s family attempted to get him out of ISIS territory, and then a Kurdish prison camp, where Jack has been detained since attempting to leave Syria in 2017.

This is the impassioned document you would expect from a mother fighting for her son’s freedom and safety, with feelings of both rage and helplessness apparent throughout. Lane doesn’t pull any punches; she is direct in her criticism of the political and legal machinations she believes not only failed her son, but punished her and her husband, John, for trying to help him. Warned by the authorities in the U.K. (where Lane was living at the time) not to send Jack money or risk prosecution, the pair were imprisoned and eventually convicted, with opinion split on whether or not they were “devoted parents” or “lying monsters.”

“Why was the world treating me as an outcast when all I had done was try to help my child?” Lane asks, as she details how she was betrayed by her community, impoverished by the law, and the subject of widespread harassment. She takes special aim at the suggestion that she must be polite about what her family has endured in order to obtain the outcome she wants. This is not an unbiased account of a complex, high-profile case, but instead a chronicle of pain and fury from a mother who has lost her son and the life she once knew – and is desperate to get both back.

Lane and her husband ultimately are convicted on one charge of financially supporting Jack (“sending £223 to Jack’s friend in Lebanon, who could help him buy glasses”), with a 15-month custodial sentence, suspended for 12 months. It is an outcome that, regardless of your position on “Jihadi Jack,” highlights the futility of an arduous and expensive legal endeavour – and the broken nature of the law itself.

“We knew a terrorism conviction would mean we would have financial, legal, travel, and employment problems for the rest of our lives,” Lane writes. “But the important thing was that we were free … and we could now put all of our energies into campaigning for the release of our son.”

In the end, Reasonable Cause to Suspect raises more questions than it answers, especially when it comes to the complicated case of Jack Letts, but more vitally the book implores us to examine what we would have done if it was our own child who disappeared.

Just prior to the book’s forthcoming publication, the Federal Court ruled that the Canadian government must repatriate Jack and three other Canadian men suspected of having ties to ISIS from Syria. Although Jack’s circumstances in the Kurdish prison camp are still not known, Lane’s hope that she will be reunited with him again, so many years after that first terrifying phone call, is one step closer to reality.