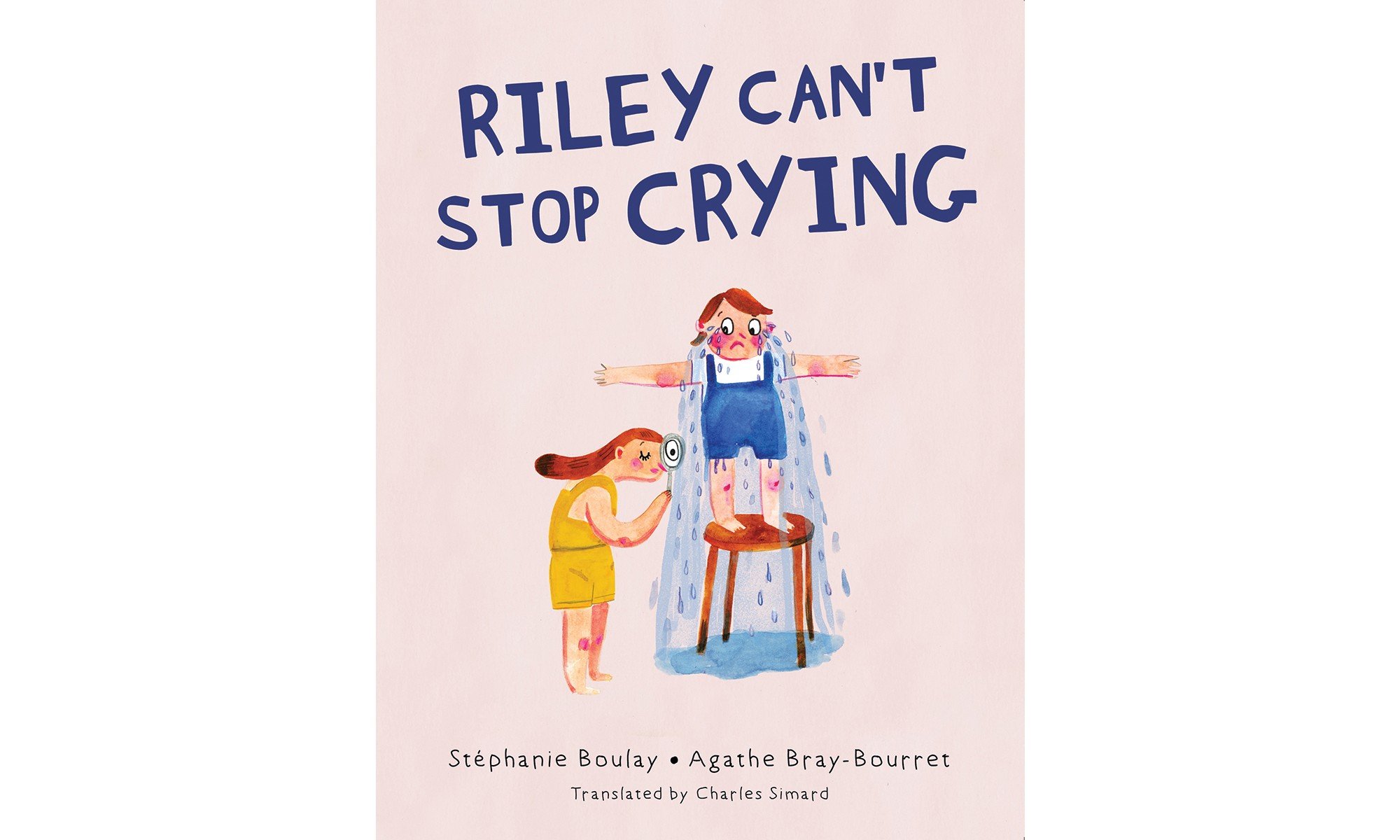 Ever since Riley turned four years old, he has cried incessantly: morning and afternoon, when he’s eating and sleeping. Not even the funny faces, animal sounds, or wild dances Regina and her dad perform can make Riley stop. And, worst of all, even Riley doesn’t know why he’s crying.

Regina takes it upon herself to find out what’s wrong, drawing pictures of everything that could make a little kid cry – from a head that hurts to a yellow-and-blue monster to a big, mean dog. Regina shows Riley her drawings and asks him to point out what is bothering him. He tells her it’s none of them. But Riley does something miraculous: he draws a picture of a boy just like himself. And Regina understands that Riley’s crying because he’s not happy being Riley.

By telling the story from Regina’s point of view, Boulay brings immense tenderness to both her and Riley’s journeys of discovery – giving young readers the means to not only understand themselves but also express themselves.

Bray-Bourret’s quirky illustrations offer energy and lightness that balance the serious subject matter of gender identity and transition. When needed, her watercolour-and-gouache paintings bring tremendous warmth to Regina’s determination to help her little brother. And Bray-Bourret’s minimal approach to certain spreads, like one that involves Regina being insulted by a classmate, allows Boulay’s text to shine.

Riley Can’t Stop Crying reminds us that what we expect of the children in our lives can often do more harm than good. But this picture book shows how we can give young children the freedom to be themselves.