Road of the Lost 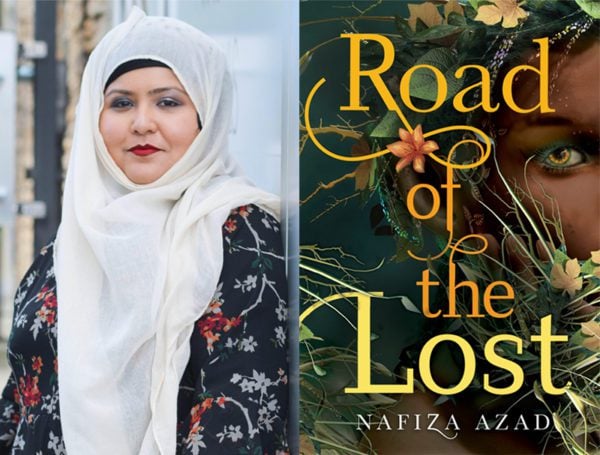 Seventeen-year-old Croi – who appears as a small sprite known as a brownie – has lived her entire life in the Wilde Forest with the Hag, an emotionless guardian made of wood and stone. While the Hag has taught her about the Otherworld, a land of magic divided into four elemental kingdoms, Croi hasn’t been paying attention. One day, a summoning spell physically pulls Croi on a journey to the Otherworld, and the glamour spell that has disguised her as a brownie for so long begins to fade. As her identity hangs in limbo, Croi is plagued by questions of who she really is and where she might belong.

Along the way, a beautiful fae boy searches Croi out in her dreams and reveals that all is not well in the Otherworld: the magic of the kingdoms is maintained by a ceremony involving the HeartStone, which has gone missing. As Croi is tugged along by the summoning spell, a dryad breaks the enchantment in exchange for a favour that just might save the Otherworld.

In Road of the Lost, Nafiza Azad weaves a magical voyage of self-discovery encompassing themes of love, trust, and betrayal. Croi’s mind is split into two parts – one familiar, the other only recently awakened. This allows for her thoughts to take the shape of dialogue with her other self. The universal adolescent experience is illustrated here in the pain of transformation, the feeling of ugliness, and the search for identity and a sense of belonging. And let’s not forget the first crush; there’s an eagerness and an innocence teen readers will find embarrassingly familiar.

Azad clearly takes delight in language. Her words are a dance, and the story usually dances along with her writing. However, on occasion her unusual word choices or phrasings cause a double take and distract the reader from the story itself. Nevertheless, questions need answers, and Azad tugs the reader along with a summoning spell of her own devising. Political intrigue within the Otherworld speaks to a turbulent past, and as Croi applies some critical thought to the events she witnesses, a once-accepted history is called into question. Like Croi under the glamour, all is not what it seems, leaving readers with an ending that begs for a sequel – possibly even a series.