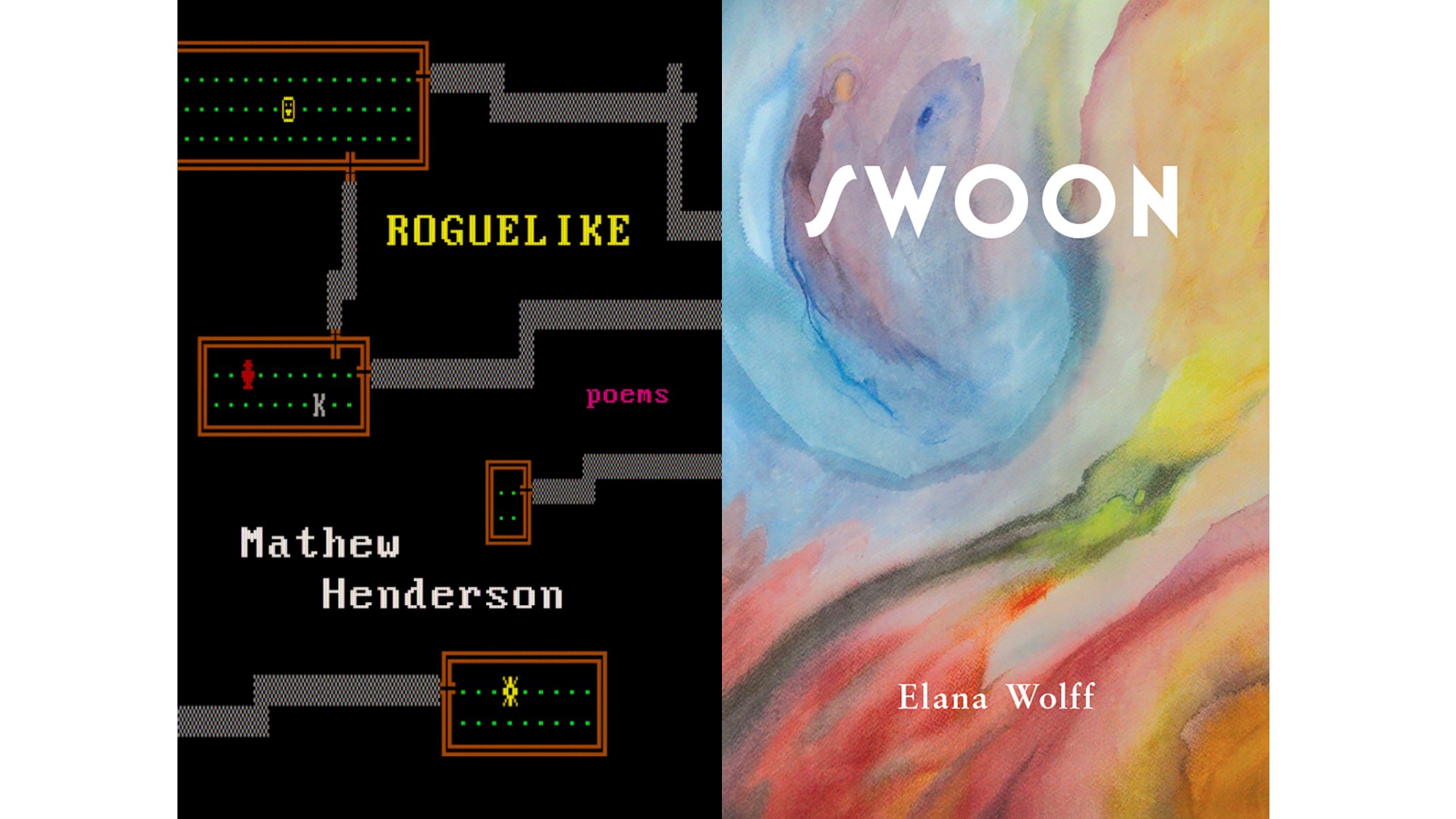 The best poetry combines robust language use and meaning, not one at the expense of the other. Roguelike, the sophomore collection from Toronto poet Mathew Henderson, delivers both.

According to the book’s publisher, Roguelike combines “the unique online vocabulary, culture, and logic of video games with family and addiction narratives, specifically the poet’s relationship with his mother and her struggle with narcotics” That’s a tall order but Henderson is a master craftsman who loads his poems with elegant turns of phrase and meaning. Metaphoric construction contains intonations of inheritance, animals as parents, and other startling contrasts. The opening poem reveals Henderson’s talent in branching out from small details to a larger context: “She worked a boat in Louisiana. / Let the shit that comes up in a handful / of prawns dye the marriage from her / hands … Aren’t prawns / just lobsters? Isn’t every boy me?”

Elsewhere, Roguelike leads the reader through an online ancestral family tree with a computer coding shaman as a spirit guide, where everything is binary, yet day-glow visceral and palpable. In “Taxonomy:” “You find her housecoat / and wear it to bed, wear it to piss, wear it / to the corner store for Coke cans and candy. / Tell me about it again. Another fucking time.” The housecoat becomes a substitute skin and a stand-in for identity, also conceived as a looping computer program. Henderson’s observational acuity is razor sharp; the poem terminates in a statement about the lies we tell ourselves to get by.

Roguelike traffics in the syntax and lexicon of video games; I worried that as a non-gamer, I wouldn’t relate. I was wrong. Henderson pulls emotion into language and disrupts the paradigm of regular expression. The feeling is as though the reader is dropped into a simulation of Henderson’s family and bombarded with emotion and insight. The recurrence of a hawk symbolizes a coming to wisdom via the shadow self and knowledge as experience is summarized in the last line of the book: “I wish I’d known that protecting is not the same as making / safe, that hating yourself is not the same as changing.”

Henderson packs meaning into his poems with ultra-efficient, economic word choice that pulses with the ability to shapeshift on the page. Impossible to internalize at one sitting, Roguelike is worthy of multiple readings not just for the story, but for the skill with which the author manipulates energy and storytelling. Roguelike is a hand grenade that never stops exploding.

Elana Wolff’s sixth collection, Swoon, is lyrically attentive and fixates on the act of receiving transcendent messages. In a 2016 interview in Puritan, Wolff says, “In terms of rhythm, repetition and internal rhyme is integral to my poetry. Tone, cadence, and syllabic count are so fundamental to me that I’ll seek a word for its rhythm and timbre over a word that merely fits the semantic slot.” The opening poem in Swoon entices with an ecclesiastical fable that displays obvious internal musical rhyme structure: “More rain fell than could drain. Rain filled up the riverbed / and people brought their vessels out / to ride the waters / coursing like a mom in trouble, / south. / Rain came through the cumulous / like mantic movie music, amplified by being from the hub.” Throughout this collection, sound sets the tone, the beat, and the musicality all while engaging visual and aural sensation: “Season of release, the calico cat now out on a limb, waiting / like a djinn.” Wolff speaks of and to many subjects with a casual ease in lilt and craft, always anchored to her specific voice.

Swoon comprises ekphrastic verses, philosophical considerations, meditations on the sacred and profane, and a subtle understanding of one’s own connection to the world. Wolff considers the duality of the self: “We’ve been living with two selves all along – / the one we’re slowly getting to know / & the witnessing one: becoming. Stunned from seeing the ugly double – / red-eyed dandy, anus brain. Skin / sans graft, the inner walls / concussed. / We’re at the crux of wonderment / & tech sophistication.”

Witness and responsible action are in constant tension in Swoon: “Berthed in the middle of things, it’s up to us / to redirect. We on the fraught begotten bodies, / pixilated thoughts, all in some way bent to be connected.” It is easy to appreciate the poet’s ability to navigate abstractions of experience by way of the absolutes she injects via the movie in her mind. She guides the reader into her a contemplative experience of making peace with duality. The section “Messenger Suite” contains animal visitations in small odes, often featuring swift, efficient voltas within the last lines. Movement in the poems is deftly handled and these quiet communions remain attentive to sound as structural element: “In the garden, / on my knees, I offer you some plum. / This is how you came to jab my hand.”

Wolff offers up a subtle, sensual book of observances pleasing to the ear.