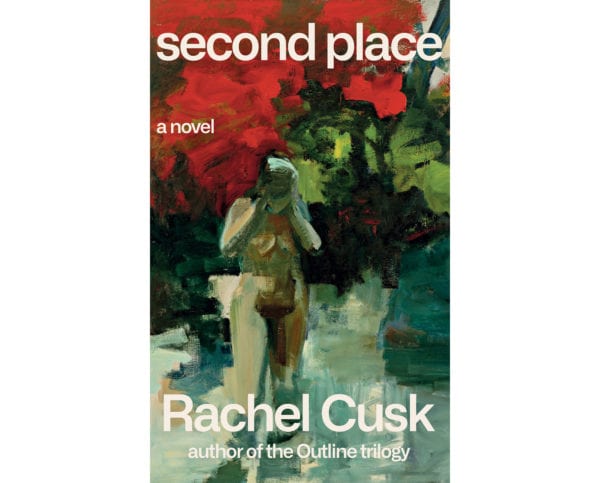 Like much of Rachel Cusk’s writing, Second Place feels more like a conduit for philosophical and cultural thought than mere storytelling. Told in the first person, Cusk’s 11th work of fiction recounts a summer in which our middle-aged narrator, M, encourages an admired artist to visit the secluded home she shares with her husband; the subsequent narrative offers ample room for Cusk’s signature explorations.

A tribute to Mabel Dodge Luhan’s Lorenzo in Taos, a 1932 memoir that details D.H. Lawrence’s visit to the author’s home, Second Place recasts Lawrence as a difficult and occasionally cruel painter named L. Early on, M herself is established as a woman in crisis, searching for meaning and inevitably inviting chaos, which her guest happily provides.

“In the midst of the practical reality of my life with Tony, I felt the lure of abundance again, emanating from L,” M admits. And L seems intent on causing discord from the moment he arrives, bringing an uninvited companion – Brett, his young, beautiful non-girlfriend – along to the secluded coastal marsh. The pair goes on to displace the narrator’s daughter, 21-year-old Justine, and boyfriend, Kurt, from “the second place” on the property, and then they insert themselves into the family’s crowded dynamic.

While Brett wields clumsy, unintended insults, L proves himself to be subtly poisonous, preying on insecurities – particularly M’s – and pulling apart confidences. He asks M why she “plays” at being a woman, refuses to paint her portrait while asking everyone else to sit for him, and generally fills her with frustration and doubt.

“He’s a terrible man,” Kurt eventually tells M after he suffers his own artistic humiliation at the hands of L. He insists that the painter intends to “destroy” M, that he has said as much – and yet given her current state, M invites this destructive impulse.

What erupts is a taught, discomfiting drama, one that allows ample scaffolding for Cusk to build out keen observations. A long list of enduring topics are tackled with graceful, flowing ease: art, authority, middle age, power, privilege, freedom, the dictated performance of femininity, and the perils of motherhood.

But Second Place is perhaps primarily a novel about the opposing forces of creation and obliteration – literal and metaphoric, intentional and inevitable, cruel and necessary. M reflects on the evolving relationship she has with her daughter, referring to her as “this creature I had made.” L and Brett deface the home they’ve been given with a crude mural of the Garden of Eden. In an attempt to ease the pain of Justine’s separation from her boyfriend, M quips, “[S]he would always be able to find a white man to be obliterated by, if that’s what she wanted.”

Cusk is at her best when she works in diversions, as she does with the deceptive simplicity of Second Place. The novel is skilfully meandering, offering consistent flashes of insight while traversing a great deal of intellectual terrain. The drama is tight and the action straightforward, but when it comes to the beguiling complexity of human nature, the wisdom offered here is significant.