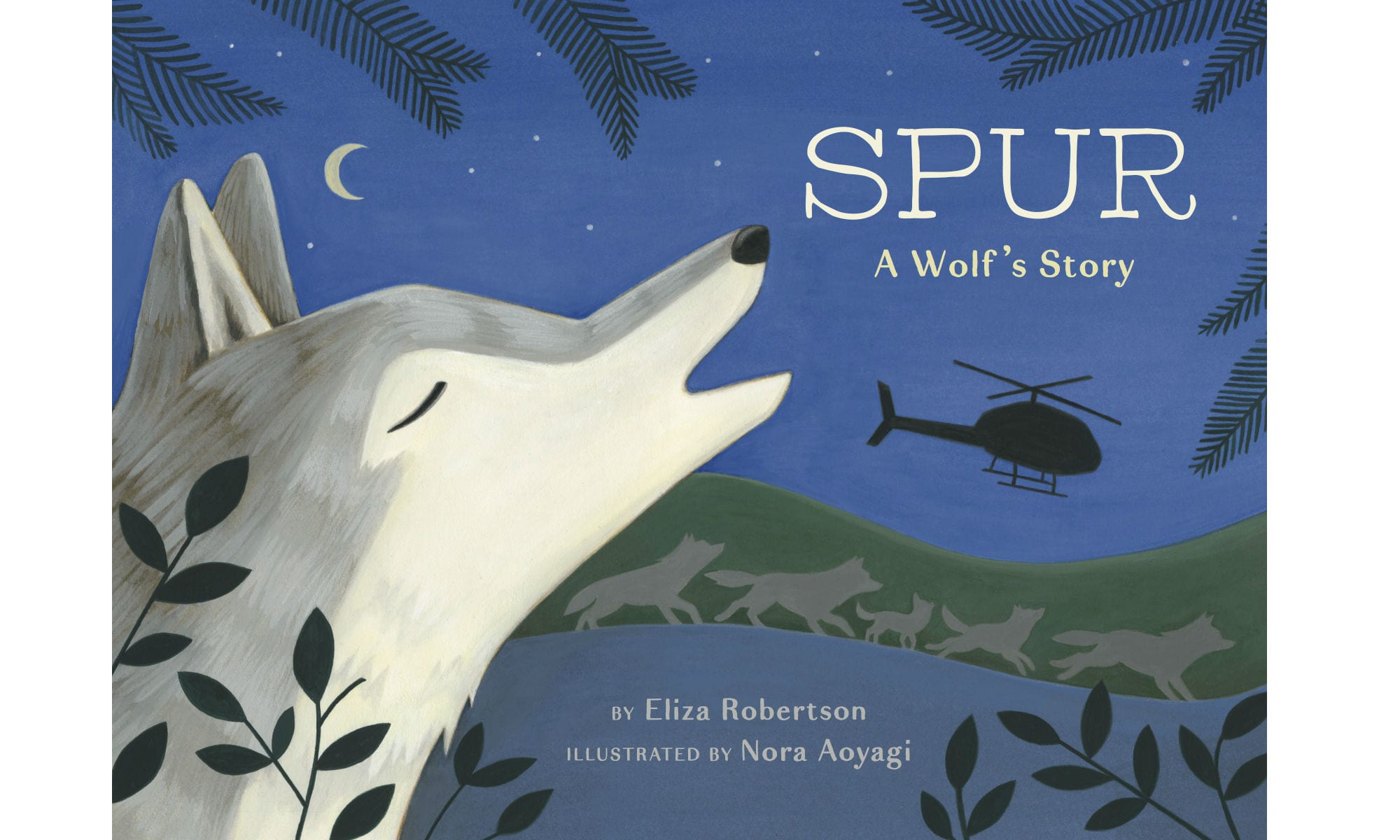 Celebrated novelist Eliza Robertson makes her picture-book debut with the story of a young wolf named Spur, who roams the wilderness with her brother, searching for caribou to hunt. But deforestation has changed their habitat, driving the caribou away.

Early in the book, a sudden, thunderous noise frightens Spur, and a strange creature appears overhead. It’s a helicopter, and the humans inside shoot Spur in the leg. Separated from her family and forced to limp along alone, she eventually finds other wolves that take her in – but then they, too, are threatened by the dangerous creature in the sky. It will take all of Spur’s endurance to survive and reunite with her brother.

This book isn’t messing around. Robertson condemns the practice of wolf culling (within the text and in an authorial note about the subject). Both the story and back matter are effective, and Spur is a very compelling teaching tool for children learning about our interactions with the natural world and our role as its stewards.

That said, this is also a story about a puppy who gets shot. No wolves die, but they certainly suffer. It isn’t an ideal bedtime read – unless bedtime is when you want to unpack a whole lot of feelings. Sensitive, animal-loving children may be upset by the trials that the young wolf endures. But that isn’t a bad thing – it’s worth being upset if it inspires future generations to do things differently. Still, parents will want to put some thought into the best time and place to introduce the book.

Nora Aoyagi’s illustrations capture the colours and scope of the landscapes, and her wolves look playful and sweet. At times, this style feels at odds with the story’s serious content. But that is ultimately the point: Spur wants children and adults to be horrified by what is being done to these creatures, and it succeeds.