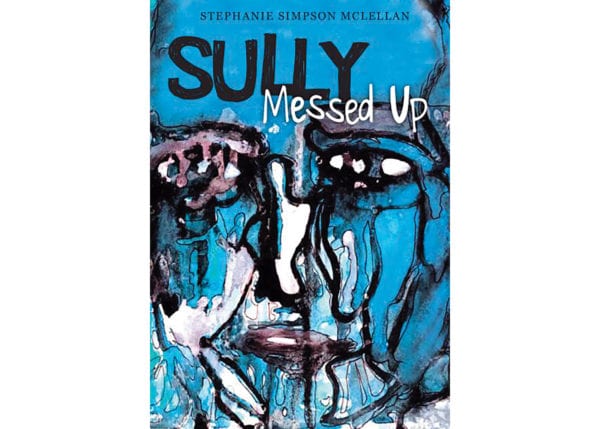 The debut middle-grade novel from award-winning picture-book writer Stephanie Simpson McLellan, Sully, Messed Up, begins with a Kafka-esque flourish. Thirteen-year-old Sullivan Brewster – Sully to his friends – wakes on the first morning of Grade 9, his first day in high school, with his face misshapen, his features rearranged and, well, messed up.

Desperate, Sully combs his hair over his face, trying to become as invisible as possible, but nobody else seems to notice what has happened. His attempted invisibility, however, attracts the attention of Tank, the school bully, who has instituted a tradition called the Naked Niner, wherein a selected Grade 9 student is stripped naked and hung up for the school to see. Sully is quickly put on Tank’s shortlist and soon becomes a victim of Tank’s other tortures.

The early stages of the novel are somewhat rough, lacking focus and direction. Sully does everything in his power to disappear, including alienating his best friend, Morty (who over the summer rebranded himself as a heavy-metal kid named Morsixx), and the new girl, Blossom – rendering himself almost completely unlikeable to the reader in the process. It doesn’t help that Sully, Messed Up seems to lack confidence in its readers, often explaining itself. Sentences like “He knew an allegory was telling a story that had a hidden meaning” are a bit too on the nose, no matter where that nose might be.

Halfway through, the story finds its footing, revealing previously unhinted depths as it explores the pain and alienation Sully and his peers have kept hidden. McLellan also incorporates seemingly prophetic characters, which lends a hint of the supernatural to the proceedings.

While Sully, Messed Up ultimately satisfies, it lacks a realistic grounding. The dialogue is often stagey and wooden, and the characters frequently seem to be moving through a null space, devoid of texture, making it difficult for the reader to mentally navigate with any consistency. While one is left feeling the novel could have been stronger, the story does redeem itself with its insight into the high-stakes struggles of early adolescence.