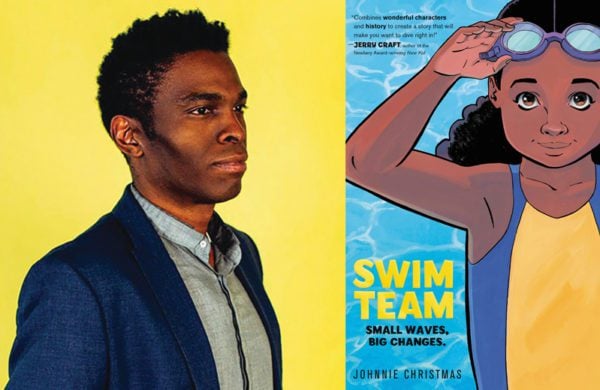 Bree is a clever middle-schooler who loves math and puzzles. After moving with her dad to Florida, she enrolls in a new school where much is made of the swim team and its rivalry with a well-funded local prep school. Bree is horrified to find out that since Math Puzzles (as well as every other alternative) is full, she will have to take Swim 101. Apart from swimming not being math, Bree has one arguably more serious problem: she can’t swim. The fact that Bree is also Black is no small coincidence. When an older neighbour named Ms. Etta agrees to give her lessons, Bree gradually learns to swim. At school, she is drafted into tryouts for the swim team and surprises herself by actually making the cut. High-stakes swim meets ratchet up the tension, and a falling out among Bree’s teammates sours an important win. Though it takes some time, Bree finally figures out how to put things back together.

In this carefully crafted graphic novel, Johnnie Christmas draws attention to the lingering effects of segregation that exist in many areas of present-day life – including the beach and the pool. Readers will identify with the suffocating feeling of Bree’s anxieties, which are outlined in heavy black with blue-grey blobs that hem her in. When Bree says “But Black people aren’t good at swimming,” it’s a heartbreaking moment. Ms. Etta does not allow the statement to pass, setting Bree straight with a history lesson that the reader will not soon forget. 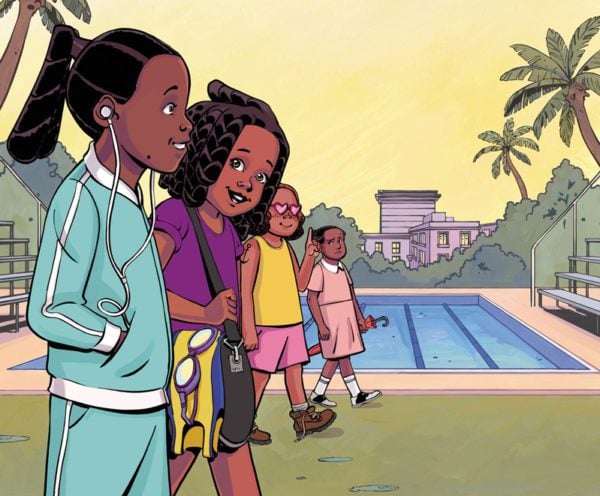 As a medium, the graphic novel lends itself well to this particular story: to see page after page of Black girls in the pool – learning, swimming, and racing – is incredibly powerful. Christmas adds interesting visual details, both subtle and eye-catching, such as plantain and beans for supper, literal daggers shooting from the hall monitor’s eyes, and a history lesson drawn as a puzzle.

Swim Team is an important book that highlights how knowledge of the past can not only illuminate the present but also show a way forward. Only when the teammates set aside their differences and come together does the reader feel like anyone has actually won. In the end, readers are left with the message that their small actions can have large and lasting effects.