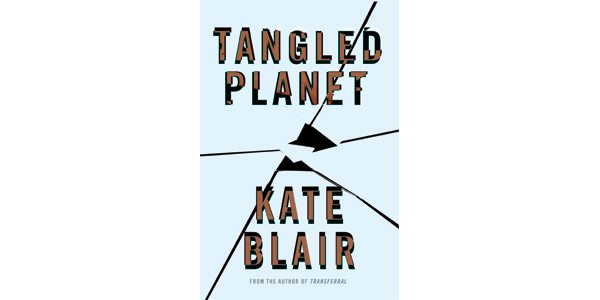 In the second work of speculative fiction by YA author Kate Blair, the passengers of spaceship Venture have finally arrived at Beta Earth, ready to colonize the untouched planet. But for 17-year-old Ursa, the ship is home. As a junior engineer, and daughter of a former captain, Ursa knows every control, air circulator, and tech that keeps the Venture working as it hovers above the planet’s colony-in-development.

Dissension is growing between those who want to embrace life on Beta and those who appreciate the safety and familiarity of the ship. The tension increases when Ursa happens upon a dead body on the planet; the victim is Orion, who is married to both Ursa’s sister Celeste and to her friend Vega. The young engineer insists she saw a wolf-like creature hiding in the forest, but because no animals matching her description have been created or released onto the planet, few believe her. Instead, Ursa is identified as the prime suspect. When another murder leaves the Venture’s crew reeling, Ursa begins to investigate in earnest, to both clear her name and keep those around her safe.

In this well-plotted and suspenseful novel, Blair not only asks what if there were another planet to colonize but how do humans create anything new and improved when – even with limitless technology and genetic manipulation – they continue to make decisions based on past grievances and resentment, loss and jealousy.

As Ursa discovers, colonization is more than just moving to a new location and adopting new ways of thinking. She’s not ready to give up on the past, especially the one that includes memories of her father and best friend Maia, who died accidentally on Beta. But Ursa’s vacillation between the established and the unfamiliar may be moot if the whole project is sabotaged. Without knowing whom she can trust, Ursa attempts to stop the acts of treason so that the fate of the Venture and Beta Earth might be chosen, not imposed.