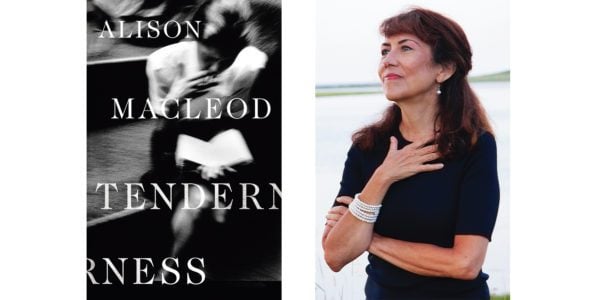 Tenderness, the sixth book by Alison MacLeod, is a dizzyingly researched historical novel that moves from England during the First World War to the U.S. and the U.K. in 1959 and 1960. At its heart is D.H. Lawrence’s Lady Chatterley’s Lover. When Lawrence died in France in 1930 from complications of tuberculosis at the age of 44, he was living in exile, and after his death he was written off by many as a pornographer.

As the novel opens, Lawrence is in his final days, living in a sanatorium in Vence, France, before his wife, Frieda, spirits him away to a nearby villa, where he dies. Quotations from Lawrence’s works and letters are sprinkled throughout MacLeod’s text, often seamlessly introduced as the thoughts of Lawrence himself. Richly detailed chapters of Lawrence’s life – notably the months in 1915 he spent as a guest of the Meynell family in Sussex, where he wrote the short story “England, My England” and revised and completed The Rainbow – are interwoven with scenes from his final months in France, where he reminisces about the lover who inspired the titular character of Lady Chatterley’s Lover. Threaded throughout the narrative are episodes that occur decades later with a series of unrelated but ultimately connected secondary characters.

In a convenient marriage of theme and timeline, MacLeod places a fictionalized Jackie Kennedy in New York City in 1959 as Grove Press sues the United States Postal Service for confiscating copies of the American edition of Lady Chatterley’s Lover. Kennedy is a senator’s wife who still has the luxury of relative anonymity (with the help of a bathroom outfit change). She makes use of that freedom to sit in court as an interested reader and fan of the novel while the publisher fights – and ultimately wins – its legal battle against the novel’s censorship even as she is personally frustrated by the extramarital exploits of her husband.

Many more notable figures from history appear in Tenderness, from J. Edgar Hoover (who is determined to see both Lawrence’s book censored and John F. Kennedy’s presidential bid scuppered) to a who’s-who of early 20th-century British letters called as witnesses to defend Lady Chatterley’s Lover in surprisingly gripping scenes of the 1960 obscenity trial of Penguin’s Sir Allen Lane over the publication of the unexpurgated British edition.

MacLeod has crafted an intricate narrative that is not only about Lawrence’s novel and the ensuing court trials its publishers fought in the decades after it was privately published in 1928, but also about the lives the book has affected since then. In telling the particular story of one book, MacLeod highlights the potential of literature in general to change and expand social mores, and shows that books are worth more than the sum of their four-letter words.