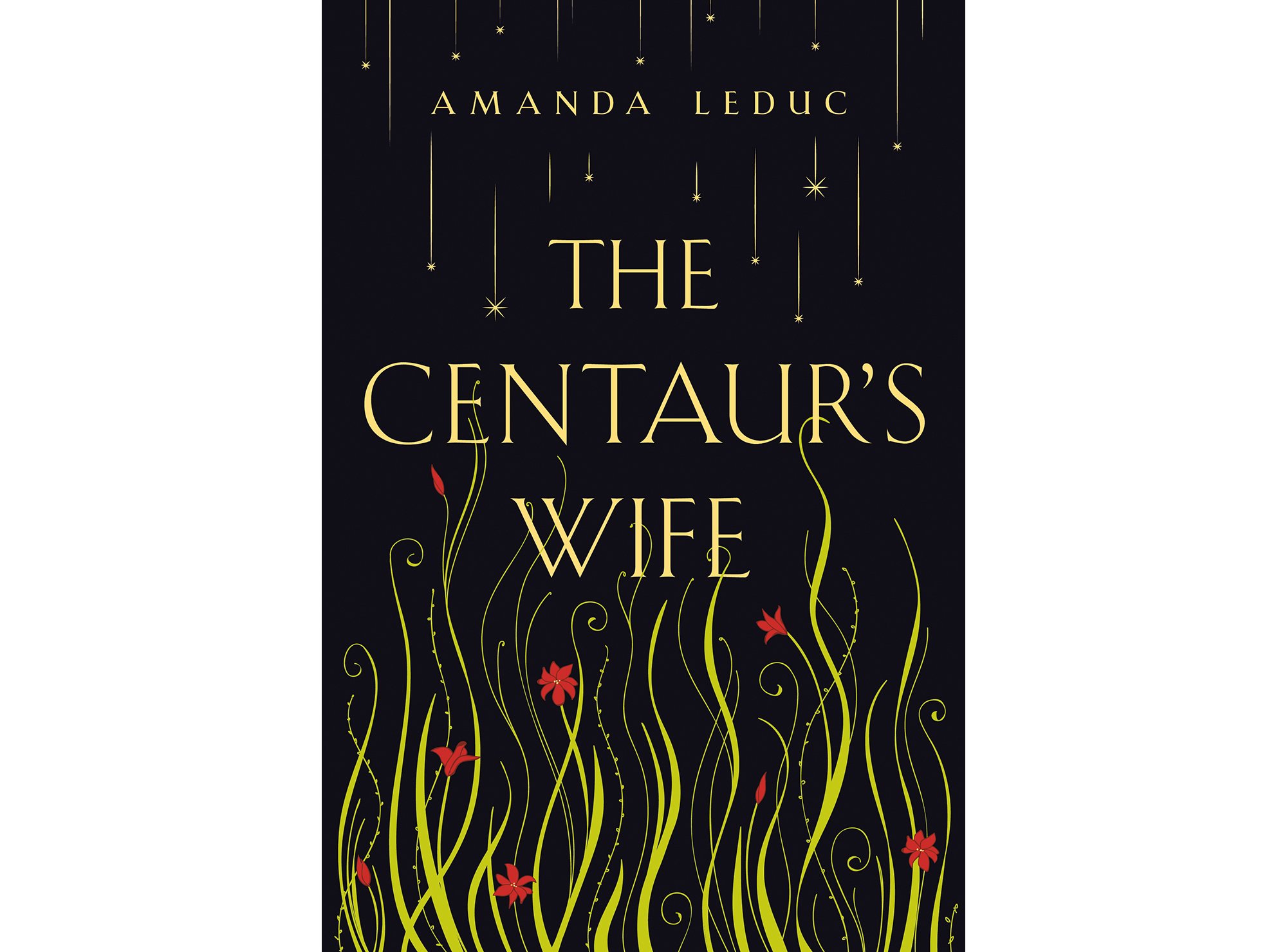 In her 2020 non-fiction book, Disfigured, writer Amanda Leduc explored the powerful, near-subliminal force of fairy tales, in particular “how the allure and the potency of these stories has continued to influence the perceptions of disability today.” Leduc, who lives with cerebral palsy and spastic hemiplegia, went on to posit a new approach to storytelling, which would prize difference rather than reinforcing conformity.

The Centaur’s Wife, Leduc’s stunning new novel, builds on the theses of Disfigured by embracing that new approach via a narrative rooted in traditional tales, invented regional folktales, and original family tales. These exist alongside realistic – though fantastical – human stories centred on disability and difference. The result is surprising and fresh but with a comforting familiarity.

The novel begins with a fairy-tale prologue: “In the beginning, a horse fell in love with a woman.” Digging himself a hole in the ground, “because magic was strong in the ground there,” the horse buries himself, emerging as a man. He, of course, marries the woman, and everything is fine until their children are born. The progeny are triplets, “all with the wife’s blue eyes and a perfect, plump little torso atop the body of a tiny horse.”

The opening chapter of the novel proper, set in the present, begins with a similarly pivotal moment: “Heather is sleeping when they come, the meteors, raining from the sky.” Heather is in the hospital, having just given birth to twins, and finds shelter in the basement with her babies and husband and a small group of others. When they emerge, the world is largely destroyed, small bands of survivors struggling to find shelter, food, and safe community. Heather’s group – which includes a doctor troubled by the death of her parents and a young woman who had been awaiting a lung transplant – settles near Heather’s childhood home in the shadow of a mountain. Heather, who walks with difficulty due to cerebral palsy, spends her days hiking in the forest near the mountain’s base.

The key to the success of The Centaur’s Wife is Leduc’s skill and comfort with both worlds, bringing humanity and realism to the fairy-tale aspects and magic and fantasy to the contemporary, realist sections, until the line between the “real” and the “fairy tale” eventually fails to provide any distinction whatsoever. As the stories interweave, it becomes increasingly difficult to tell, for example, who might be a Beauty and who might be a Beast, reframing the very questions we ask of our stories and offering but one single answer: “stories are never only stories.”

And stories are rarely as powerful or as skilfully crafted as The Centaur’s Wife. The novel is as grand a book as you are likely to read this year, a story of impossibilities delivered with a calm, steady confidence. The reader knows from the opening lines they are in the hands of a master storyteller; Leduc never lets them down.