The End of Craving: Recovering the Lost Wisdom of Eating Well 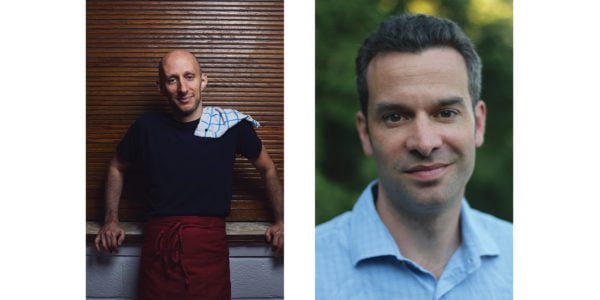 It’s been challenging to read during this global pandemic; I’ve lost my attention span for anything beyond a long-form essay or some short stories, so when I was asked to review two books about “the end of things,” I wasn’t sure I wanted to be reminded of something else I’ve lost.

Corey Mintz’s The Next Supper: The End of Restaurants as We Knew Them, and What Comes After and The End of Craving: Recovering the Lost Wisdom of Eating Well by Mark Schatzker demonstrate that dining well and eating well are overdue for reflection and that I needn’t grieve what they were, only celebrate what they can be.

The Next Supper conveys how the proverbial sausage is made: how the pleasures of dining out affect legions of food service workers, gig workers, migrant farm workers, and the extensive chain of others who bring our meals to the table, and whose deplorable and exploitative working conditions have been razed and exposed by the COVID-19 pandemic. Mintz has been writing about food at the intersection of politics, labour, and the environment for some time, including for the Toronto Star, Globe and Mail, and New York Times, and this is an ambitious – and important – work.

Mintz observes how restaurants have been forced to pivot to offer diners a familiar and hospitable experience despite the challenges of operating during a pandemic, including supply chain interruptions and the inherent risk of COVID-19 transmission to staff and guests. He examines “the tyranny of convenience” and our “addiction to delivery” and exposes the troubling reality of the tipped minimum wage, sick days, sexual harassment in the kitchen, and the labour of BIPOC workers (a driving force behind the recent changes at Bon Appétit magazine, the New York Times, and Los Angeles Times). This is reminiscent of Priya Basil’s Be My Guest: Reflections on Food, Community, and the Meaning of Generosity, an exploration of the meaning and limits of hospitality, which is dependent on who is invited to the table and all too frequently fails to include BIPOC folks or their “ethnic” cuisines – yet another problem.

Mintz details the fall of once-deified chefs in the chapter “The Chef-Driven Restaurant” and relates that “service is a luxury” in “a dining culture that has grown to expect extravagance without paying luxury prices,” an unsustainable situation. He reports on the cost of land use and the rise of food technology and robots in both food production and service. The book can at times feel weighed down by the enormity and urgency of these issues, but Mintz is clear, compassionate, and hopeful that meaningful change is possible and we can dine ethically.

While The Next Supper offers insight into how we eat, The End of Craving tackles the question of what to eat to eat well. Mark Schatzker (The Dorito Effect) sorts through the seemingly contradictory data in food science – chiefly the golden ratio of fats to carbohydrates to proteins – to achieve the optimal diet for health and well-being.

Books about diet are often fat-phobic and shame the reader for their failure to follow a regimen when there may be barriers to accessing fresh, healthy foods. Many readers may find it hard to distinguish thoughtfully written and accessible guidelines for a healthy life from fad or aspirational advice. This is not the case with The End of Craving, which is filled with historical perspectives on eating and food technology and explores the idea that our natural urges are neither primitive nor harmful, all in a gentle manner that’s free of judgment.

The long, strange history of dieting can be traced back nearly a thousand years, when William the Conqueror reportedly began a liquid diet of almost nothing but alcohol so he could resume riding his horse after becoming obese. Diet has since become defined less as “habitual nourishment” than as “a regimen of eating and drinking sparingly as to reduce one’s weight” (Merriam-Webster), and it certainly has diminished our pleasure in eating. Schatzker theorizes that our instinct to eat has been turned against itself. It’s not a “classic failure of willpower” to eat well; the solution lies in understanding our destructive urges, our cravings to eat poorly – the wrong foods, the wrong ratio of foods, or the wrong amount of food, good or bad.

Schatzker argues that only by restoring the relationship between the flavour, nutrition, and pleasure that food provides can we hope to change our eating habits and overall health. Being mindful of what we eat and how we consume it is key, and that is food for thought.