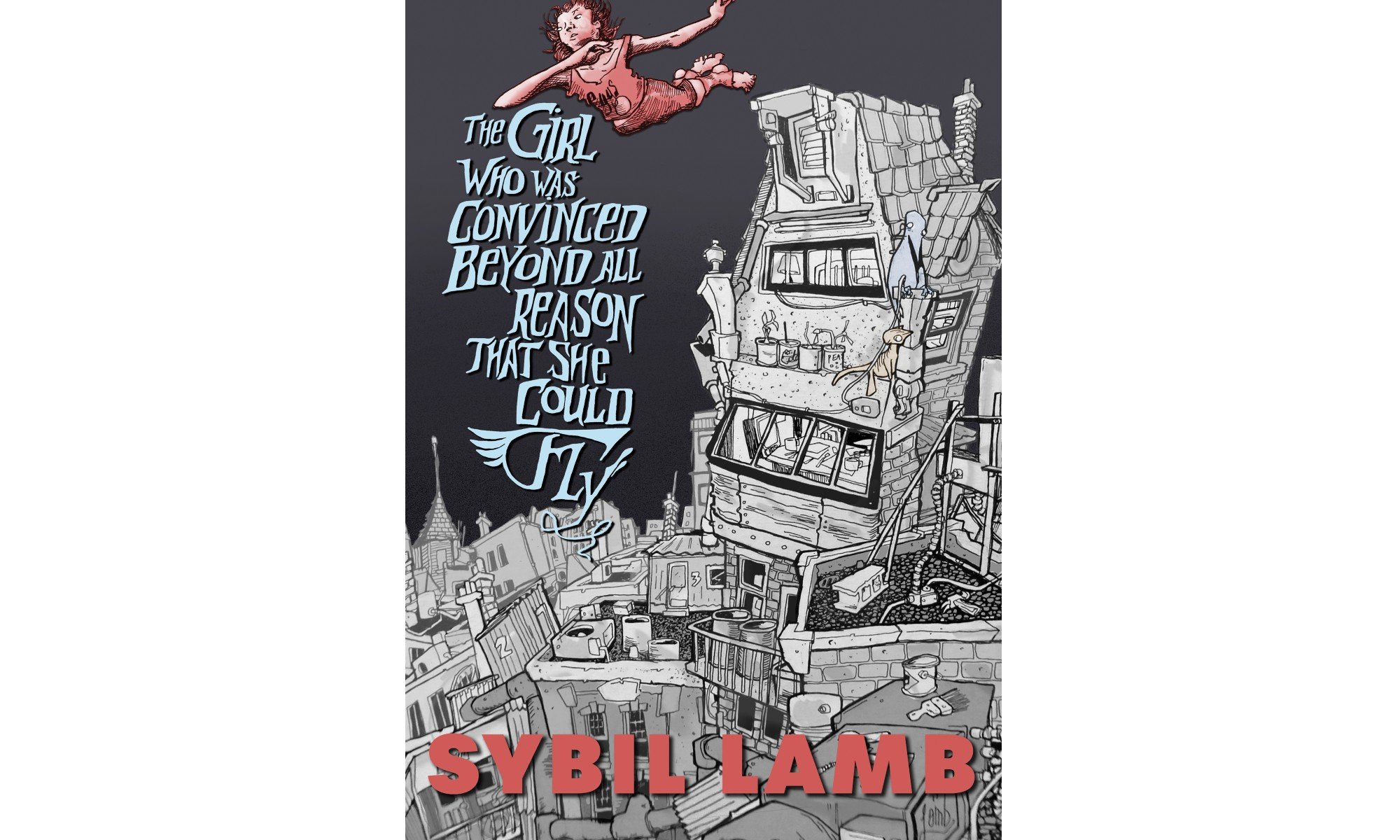 It may not be possible to bottle artist and writer Sybil Lamb’s imagination, but Arsenal Pulp Press has done the next best thing with this short illustrated novel. The story takes place on (and above) the streets of a fantastical, crowded city as a neighbourhood tries to make sense of a mysterious girl who pounces between buildings, runs up walls, and seemingly can fly.

The town takes to calling the girl Eggs, so named for the word branded across her promotional cropped tee. Grackle McCart, the youngest son in the local hot-dog dynasty, befriends her, only to frighten her away when he suggests they work his hot-dog route together. She crashes through the window of Splendid Wren, a hippie who has retired from the city’s punk scene to knit in the neighbourhood’s highest apartment. McCart and Wren team up to make Eggs feel at home.

Lamb brings fairy-tale wonderment to the cityscape, crossed with cultural touchstones of transient, underhoused, and homeless communities. There’s the five-dollar punk hotel and the Weirdly Specific Market, which stocks elevator number buttons, takeout containers, and a book called Post Office Airplanes. Lamb’s milieu feels both magical and relatable in a way that is reminiscent of Roald Dahl’s whimsical yet hardscrabble worlds or the grimy yet cheerful culture of Sesame Street. Simple pleasures rule. For example, Eggs considers unlimited hot dogs to be fortune’s greatest favour.

The illustrations go a long way toward expanding this unique universe. The environments are humming with details: streets crowded with women in Far Side lady glasses and punks in tattered jackets, as well as old-fashioned hot-dog ads and clotheslines strung between buildings lend welcome commotion to the setting.

While the novel is aimed at a teenage audience, the storytelling often feels more appropriate for middle graders, who are likely to forgive some skittish pacing and will be captivated by the don’t-try-this-at-home antics of the ledge-leaping protagonist. Teenagers, and certainly adults, may be left dangling by the unknowable Eggs and the questions surrounding her ability to fly. (“Everyone let her get away with everything, including believing that she flew. We all wished it were true.”) These grey areas aren’t entirely unwelcome, though, and may even invite rereading or, should we be so lucky, further adventures.