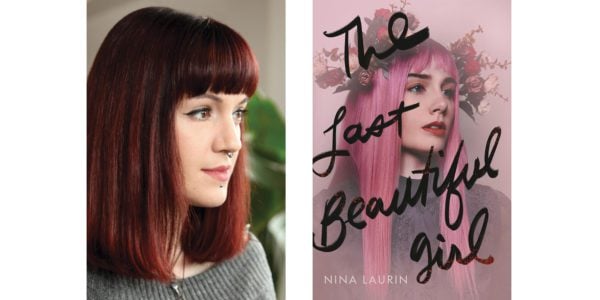 Sixteen-year-old Isabella (Isa) Brixton, the protagonist of Montreal writer Nina Laurin’s chilling young-adult debut, is at the top of the world. She’s a popular junior at her Brooklyn high school, with close friends, understanding teachers, and the lead role in the school play – which will, hopefully, pave her way to a university scholarship. Everything falls apart, though, when her parents move the family to a small town upstate; they’ve both been offered positions at the local college and the use of the Isabella Granger mansion, a dilapidated estate now undergoing restoration.

When Isa arrives in town, her worst fears appear to be realized: the school is charmless and rigid, and she’s starting at the bottom both socially and academically. There’s a goth classmate named Alexa who latches onto her, and a creepy guy who keeps watching her. And then there’s the eerie, perpetually dusty manse, decorated with paintings of Granger (a celebrated impresario of the arts), with locked-off areas, secret rooms, and a dark history. Naturally, this appeals to Alexa, who convinces Isa to pose for some photos in Granger’s clothes, which they find tucked away. Posted on Instagram, the photos become a viral sensation, and Isa regains some of her former glory. But something has changed … the mansion, or something in it, seems to have taken hold of Isa, feeding off her likes and follower count, gaining strength.

With The Last Beautiful Girl, Laurin – the bestselling author of the adult thriller Girl Last Seen – has created a disconcertingly creepy, disarmingly subtle horror novel. The book threads together teenage discontent with contemporary social media and classic genre tropes to powerful effect. The characters are well drawn and realistic (which means they’re not always likable – at all), and the tension is a slow burn, allowing dread to gradually envelop the reader. To her great credit, Laurin doesn’t play it safe: as the horror seeps out of the house into the school and Isa and Alexa’s classmates, the body count begins to rise, including deaths that are genuinely shocking – and which would likely have been avoided by other writers. With no one safe, the novel weaves a horrific spell sure to appeal not only to its targeted teen readers but to anyone with a fondness for a dark tale.