The Last Time I Saw Her 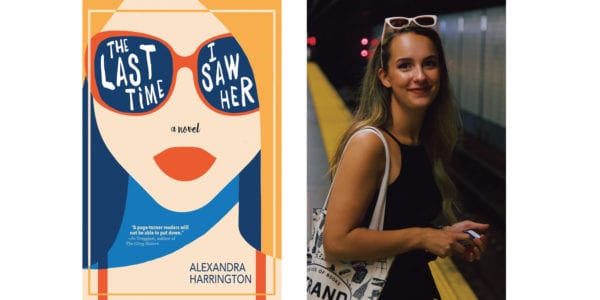 The summer after high school is innately a period of transition, but most graduates teetering on the precipice of adulthood face far less harrowing circumstances than Charlotte Romer. The Last Time I Saw Her, a young-adult thriller – think Amy Stuart for teens – begins as Charlotte returns home after her sudden departure 10 months earlier. Why did she leave? What really happened the night of a car accident, weeks before Charlotte ghosted her best friend, Sophie, and the rest of their tight-knit community?

Alexandra Harrington’s debut is set in River John, on Nova Scotia’s North Shore where the author spent childhood summers. The rich sense of setting is one of the novel’s strengths, from the mercurial oceanside weather to the run-down bungalow where Charlotte lives with her older brother, Sean, a petty criminal with more heart than sense.

The suspense is grounded by Charlotte’s emotional reckoning – and she has much to reckon with: her mom left town when Charlotte was a toddler, her dad died a few years back, and Sean, barely an adult, abandoned his ambitions to care for her. On top of these woes, Harrington adds some high-stakes incidents to ratchet up the tension and spur Charlotte into action.

As she embarks on her apology tour – starting with Sophie, who is reluctant to forgive or forget – Charlotte reconnects with Max, Sophie’s ex-boyfriend. Their tentative relationship is central to the novel’s exploration of how in the wake of fracturing events – death, violence, betrayal, sacrifice – some people are drawn together, while others are forever split apart.

The timeline hops to revelatory scenes from Charlotte’s past: her dad’s funeral, the night of the accident, a highlight reel of her bond with Sophie. Harrington vividly captures their close friendship, with Sophie always leading the charge – a midnight swim, a day trip to Halifax, hitting senior prom as juniors. But save for these flashbacks, Sophie is largely absent, popping up only briefly and dramatically. The narrative takes care to identify when characters pity Sophie, a wheelchair user (the accident paralyzed her); Charlotte calls out herself and others for their ableist biases. Still, a fuller portrait of Sophie would have balanced Harrington’s empathetic depictions of Charlotte and Max.

The novel remembers it’s a thriller in its final act and races to the finish; with shaky plot scaffolding, The Last Time I Saw Her is fortunate to have other strengths to stand on. Despite its imperfections, this promising debut gives readers a page-turner rooted in emotional truth and set over a particularly cruel summer.