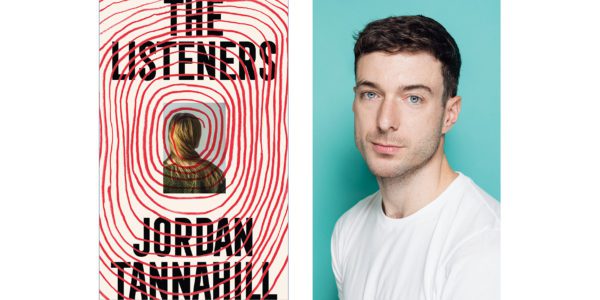 At the start of the pandemic, as my life shifted to sitting in my apartment all day, I noticed a noise, like two glasses rubbing together. For weeks, I walked around my place with an ear cocked. I rearranged dishes, jewellery, and tchotchkes, and still the noise persisted, growing more grating, making me feel useless. Finally, as I was dusting my baseboard one day, I realized the sound was coming from my router. I restarted it, and there it was: silence.

As urban life grows louder – and we learn to live packed in beside our neighbours – we forget the value, and oddness, of silence. Jordan Tannahill’s The Listeners taps into that desperation by asking, What happens when you experience something your friends and family think is imaginary?

The Listeners is Henry James’s The Turn of the Screw mixed with Gail Tredwell’s Holy Hell, QAnon theories combined with the influx of the divine in Myla Goldberg’s Bee Season. Claire Devon hears a low hum one day. Her friends and family can’t hear it, but one of her high-school students can. In the thrall of the hum, the two become more isolated from their loved ones; they find a support group for people who also hear the sound, with catastrophic results.

Tannahill takes what could be a rote thriller and turns it into a reflection on female agency and “hysteria,” the effect of industrialization on our present world, and the dangers of turning on, tuning in, and dropping out. He does so while circling a student-teacher relationship that’s deeply uncomfortable, making a reader question where they would draw their own line in the search for respite.

While Claire’s voice is strong, the personalities of the Hummers – the support group she joins – are even stronger. The Listeners might have benefited from a fleshing-out of the group’s tensions and strange connections. What if readers had met some of the former students of the group’s leader, Howard, to get a frame of reference for the allegations against him? What is behind his wife Jo’s cool and calm exterior? The desperate relationships between these disparate people made the scenes with the Hummers eerie and wonderfully distressing.

One of the book’s most striking but bewildering motifs is the coyotes that dart in and out of the narrative. The most poignant chapter involves a coyote walking through a park in the wake of a tragic event. Are they reminders of the feral nature that lurks in all of us?

The Listeners is a sharp, tense, and extremely readable novel. It leaves one feeling a little unsteady, a little unclean, and cocking an ear to listen for something – underneath the sound of the fridge, the traffic, the router, the fan, the construction – that hums and hums.