★The Little Tree by the Sea: From Halifax to Boston With Love 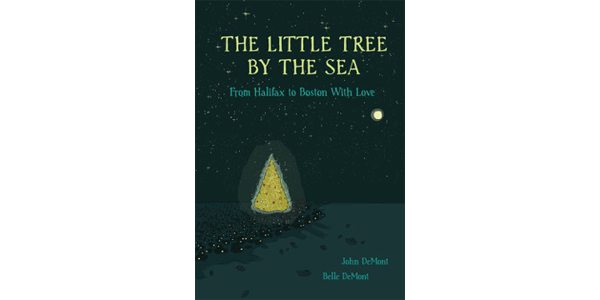 The main character in this pitch-perfect book about the 1917 Halifax Explosion – by father-daughter team John and Belle DeMont – is a little tree perched high on the hill. Seeing two boats about to collide in the city’s harbour, the tree tries to warn citizens as they go about their day below. It’s to no avail. As in the worst nightmares, the little tree finds itself, quite literally, rooted in place, branches immobile and voice mute as the catastrophe unfolds.

In the explosion’s immediate aftermath the little tree, now pathetically denuded, tries to make itself heard again. This time it succeeds, and the tree’s cry for help is carried all the way to Boston, where the response is immediate: in short order everything from medical aid to food supplies is sent northward.

A year later, recovering Haligonians want to send a gift of thanks to the people of Boston. Like a selfless but less-abject Giving Tree, our hero, now miraculously grown tall and proud, volunteers to make the 1,200-kilometre journey to stand as a Christmas tree in Boston Common – a mythic origin story for Halifax’s real-life tradition of sending a Christmas tree to Boston as a gift, first in 1918, then again in 1971, and every year since.

The determined little tree may be the book’s hero, but Belle’s stunning illustrations – strongly reminiscent of Ludwig Bemelmans’s for the Madeline series – are its star. Gentle reds, greens, and ochres contained within hand-drawn black lines strike just the right chord. Her work is folksy without being cute, expressive but never overwrought.

John’s text, likewise, is economical and evocative. “It wasn’t big or rich, but it was snug and pretty,” he writes of Halifax a century ago, while the largest man-made explosion of all time is likened to “all of the thunder in the world [happening] at once.”

Warm and visually appealing, with just the right mix of history and fairy tale, The Little Tree by the Sea hits the mark in every way.