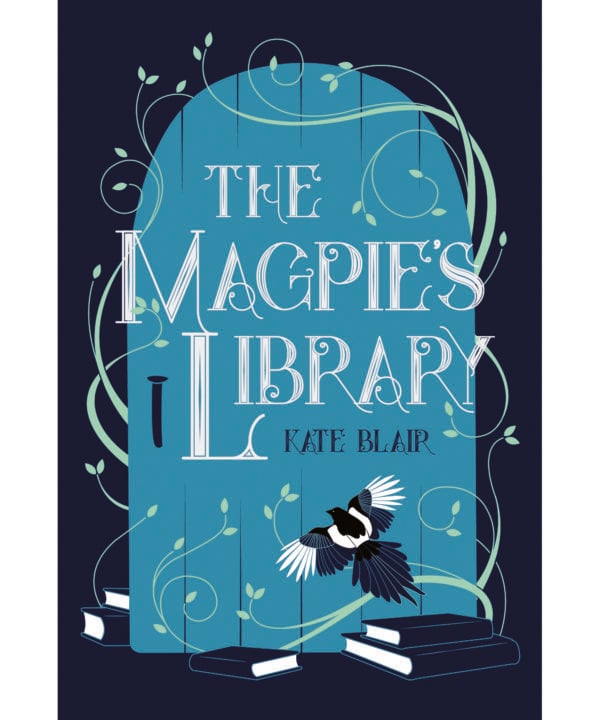 Silva’s is a world of uncertainty. Following news of her grandfather’s worsening Alzheimer’s, the 13-year-old and her family move in with their sick relative in order to tend to his increasing needs. “One for sorrow,” says her mother upon pulling up to Grandpa’s house where a magpie perches on the lawn.

Grandpa is not the man he used to be: he no longer jokes with Silva, nor does he playfully remind her how to properly eat Jelly Babies – bite the heads off first, so they don’t suffer. Gone are his memories and, with them, the unique relationship he shared with Silva.

Overcome by sadness, the young girl seeks refuge at the local library. There, among the books, she discovers solace – and the magpie. Silva follows the bird through the maze of bookshelves until she arrives at a door, arched and made of old wood. It leads to a circular room covered by thick branches, where books grow in the place of leaves. Each time Silva grabs a volume, she is literally transported into the body of seemingly random characters, able to hear their thoughts and sense their emotions. And with each story Silva enters, she discovers more about the magpie’s past life – one that speaks of illness and isolation.

Told in lively prose imbued with a British parlance, The Magpie’s Library is a nuanced tale that isn’t afraid to play with multiple narratives and timelines. The chapters shift between Silva’s point-of-view, the magpie’s, and the characters that Silva inhabits. Elements of magic realism add excitement and wonder, but the book moves beyond the superficial skimming of gateway fantasy. Here is an otherworldly story that deals with weighty topics such as Alzheimer’s, death, and the complexity of family relationships. A rich emotional landscape is presented to show how grief and pain at times necessitate the need to explore other worlds. The novel reinforces the notion that stories can heal, but it also asks how far we can escape before we lose ourselves in the process?