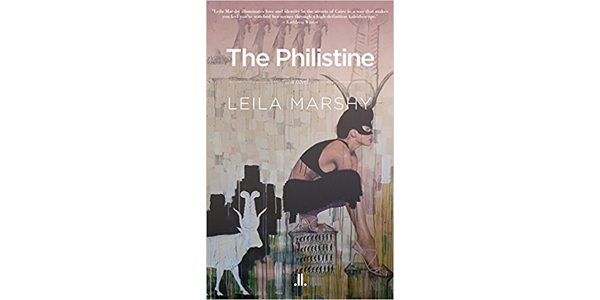 Set in the late 1980s around the time of the first Palestinian Intifada, Leila Marshy’s debut novel is a coming-of-age story about Nadia, a naive Montrealer who cannot decide whether she is Palestinian or Canadian. Bored with work and her reliable Québécois boyfriend, she decides to go to Cairo on a short trip to surprise the Palestinian father who has been absent from her life for half a decade.

At first, the city is a disappointment to Nadia. Her father, who abandoned Canada for failing him as an immigrant, feels distant; as it turns out, he has his own secrets. Cairo is “exhausting and demanding,” but Nadia finds a refuge at the Nile Hilton. A chance encounter introduces Nadia to Manal, an art gallery assistant and aspiring artist with dreams of a scholarship to Paris. Nadia is immediately drawn to the woman and life in the gallery, finding both to be a steadying presence.

As Nadia slips into a relationship with Manal, she is torn between returning home to Montreal and reconciling with her father. On a whim, she opts to stay; she moves in with Manal and her family but keeps their affair a secret. As Nadia yearns for connection – to family, her background, and a life with her new lover – she finds out that her father is preparing to leave her again, this time for the occupied territories where the Intifada is heating up. Nadia is now faced with a new decision: return to Montreal, remain in Cairo with a wavering Manal, or follow her father, whom she is finally starting to understand?

Marshy covers a lot of ground, from the rise of the Muslim Brotherhood to the Palestine Red Crescent Society’s list of injured Palestinians to a tourist’s view of the Pyramids. But the push-pull claims of identity dominate the novel. Marshy captures the dissonance of Nadia’s feelings – being at home with Egyptian culture yet simultaneously guilty for her lack of fluency in Arabic. At the same time, notwithstanding the fact that Nadia chafes at her mother’s staid Scottish upbringing, the strength of Quebec’s claim on her is left strangely unexplored.

Despite the passionate love affair between Nadia and Manal, the novel keeps its emo­tions in check. What The Philistine does, instead, is address themes of identity, sexuality, dispossession, and privilege with care and sensitivity.