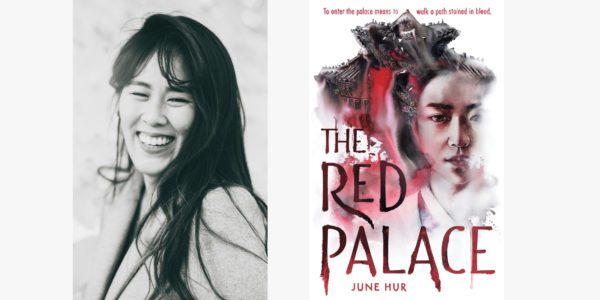 June Hur pens a taut, engrossing historical mystery in The Red Palace. Four women are murdered, and the main suspect is the beloved mentor of 18-year-old Hyeon, a palace nurse. Hyeon teams up with Inspector Seo Eojin to track down the killer. In the course of the investigation, Hyeon learns to navigate the complex tensions between the expectations that her parents and society have placed on her and her own ambitions.

Hur steeps the mystery in the tense political climate of 1758 Joseon. Anonymous flyers begin to circulate, accusing the crown prince of the murders. If he is guilty, the palace will likely cover up the crimes. Yet if he is innocent, someone powerful is behind the frame-up, and Hyeon and Eojin are playing a game with far higher stakes.

The prince here is the real-life figure of Crown Prince Jangheon, a.k.a. Sado. History documents his fraught relationship with his father and his violent, even murderous, outbursts against palace staff, all of which colour the significance of the anonymous accusations. Jangheon is also said to have struggled with mental health, and while Hur acknowledges his violent behaviour, she also highlights his vulnerability. His first appearance in the novel is sympathetic; Hyeon sees him being berated by his father, and the prince’s response is heart-wrenching.

As gripping as the mystery is, The Red Palace’s secret sauce lies in its characters. Hyeon is a complex heroine. The secret, illegitimate daughter of a powerful man, Hyeon has worked hard to improve her social standing and become a palace nurse. Hyeon’s desire for her father’s approval parallels Jangheon’s and is equally tragic in its futility, but fortunately for Hyeon, the investigation also leads to a deeper understanding of her mother’s apparent lovelessness. The resolution to their relationship isn’t quite happy, but it is heartwarming nonetheless.

The highlight of the book, however, is the slow-burn romance between Hyeon and Eojin, complicated by their difference in social standing (Eojin is wealthy). The romance builds with moments of beautiful subtlety: “The grayish blur of pre-dawn light. Eojin reaching out to touch the fallen strand of my hair, just long enough to tuck it behind my ear … and then he was gone.” Eojin’s promise – “When the time comes, you watch out for me. And I will always watch out for you.” – encapsulates the mutual respect and partnership that grounds their relationship, and their love shines much-needed light on the violence and fear they must navigate.