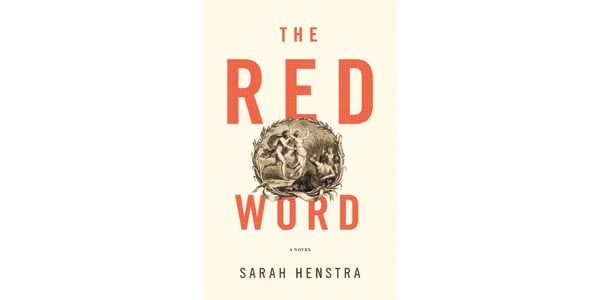 It is not often easy to identify the ways cultural myths imbue our daily behaviour; a byproduct of any widely accepted mythology is the extent to which it embeds itself in our social consciousness and is often mistaken for truth. The same myths repeat themselves in different forms over and over: the myth of the hero, the myth of the villain, myths about social and gender roles, gods and demi-gods. Our social and ethical evolution has been based in a reliance on the same basic stories. The job of cultural criticism is to examine the world and its stories, picking apart what is problematic and shining a light on unconscious or unexamined biases and attitudes.

In The Red Word, Sarah Henstra, a professor of English at Toronto’s Ryerson University and the author of the young-adult novel Mad Miss Mimic, explores the connections between 21st-century ideas of gender roles and rape culture on one hand, and myth on the other. She does so in arguably the most poignant setting of all: a college campus, the locus for both the promulgation and deconstruction of cultural mythology.

Karen Huls, a sophomore, learns the extent to which the personal is inextricable from the political after she answers a housing ad seeking “committed feminists only.” Her new roommates, acolytes of a particular women’s studies professor and disciples of feminist, queer-friendly discourse, broaden and enrich the young woman’s cultural outlook (not to mention her social life). But when Karen gets romantically involved with a member of the notorious GBC fraternity – nicknamed Gang Bang Central – her stance and ethics are called into question. Though she witnesses first-hand how toxic and sexist frat culture can be, Karen nevertheless finds herself making excuses for the brothers. The stakes rise when Karen’s roommates take drastic action to confront and expose the sexual violence at the frat.

Henstra uses dialogue as a creatively effective mode of conveying feminism and gender theory to readers: “Brotherly bonds depend on our debasement. The homosocial contract hasn’t changed since the Trojan War. It operates the same way in the military, with sports teams – anywhere men get together in any organized fashion.” Elsewhere, one character opines, “It’s exactly like in the Hippolytus. Any overt display of female agency automatically calls down violence.”

The writing in The Red Word is undeniably gripping and at times beautiful, seamlessly weaving the Greek mythology Karen is studying in class into her own personal story and creating realistic, complex characters the reader wants to root for despite their flaws. (Henstra is sensitive in her portrayal of flawed characters who are representative of the unavoidably complicated, troublesome nature of the subject matter.) The timely, relevant topic of campus rape culture is addressed bravely; there aren’t enough works of fiction that tackle the material so honestly and prudently. The novel concludes somewhat tragically, but the ending also allows for learning and growth. The only thing wanting in the resolution is a true feeling of hope that the sad realities underpinning sexual violence can change.